Writer Clara Bensen joined me Monday at 9:00am to talk about her first book, No Baggage! 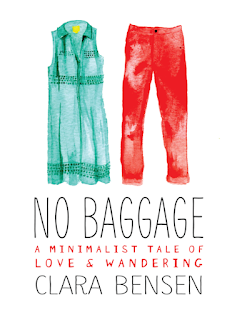 Did you miss Clara Bensen on today's show? Listen to our conversation here!

When Clara Bensen arranged to meet Jeff Wilson on the steps of the Texas State Capitol, after just a few email exchanges on OK Cupid, it felt like something big was going to happen. Picture it: Jeff is a wildly energetic university professor with a freewheeling spirit. Clara is a sensitive, reclusive writer just recovering from a quarterlife existential breakdown. Within a few days of knowing one another, they decide to embark on a crazy travel experiment: 21 days from Istanbul to London, with zero luggage, zero reservations, and zero plans. 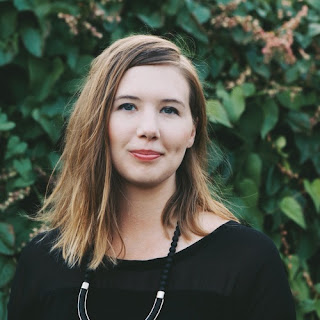 Donning a single green dress and a small purse containing a comb, a toothbrush, and a credit card, Clara travels through eight countries in three weeks. She finds herself on an old train chugging along the Turkish coast, taking a giant ferry across the Aegean, and on a cramped bus in the Balkans. Along the way, she ruminates on the challenges of traveling unencumbered: Though she gets better at facing her fears and navigating the unfamiliar, she knows that when it comes to falling in love, you can never really travel without baggage.

NO BAGGAGE is a memoir that will resonate with adventurers and homebodies alike—it’s at once a romance, a travelogue, and a bright modern take on the age-old questions: How do you find the courage to explore beyond your comfort zone? And can you love someone without the need for commitment, or any expectations for the future? It's a story that will appeal to anyone who has harbored fantasies of traveling with no end destination in mind –or longed to throw caution to the wind when embarking on a new relationship.

“Bensen's story of an unexpected—and unexpectedly meaningful and at times magical—romance that developed from a chance online encounter is charming. Yet it is also insightful for the author's observations about the conflicting desires for freedom and commitment that are the hallmarks of modern romance. An engaging memoir of travel, love, and finding oneself.” –Kirkus Reviews

“Readers intrigued as much by modern romance as by world travel will appreciate this thrilling travelogue of an erratic relationship and the landscape of ancient and modern Europe.” –Booklist

Clara Bensen’s 2013 Salon.com article entitled “The Craziest OKCupid Date Ever,” was read by more than half a million people. The story of her luggage-less adventure attracted major national and international attention, with coverage in USA Today, and appearances on The View, Fox News. No Baggage has also been optioned by New Line cinemas.

Clara and her partner Jeff have made four subsequent no baggage trips, to South America, the Caucuses, Scandinavia, and Japan. She lives in Austin, Texas.Clara Bensen is a writer living in Austin, Texas. NO BAGGAGE is her first book and has been optioned by New Line Cinema. Rights have sold in 7 countries (Australia, Brazil, France, Italy, Germany, Taiwan, and the Netherlands). For more information you can visit her at clarabensen.com or on twitter @clarabensen.