Second half of tomorrow's show, featuring the 48 Film Project with Founder Francesco Vitali and Marco Santi, Director of Clara, which just swept all top 6 prizes!

Did you miss Franceso Vitali on today's show?
Listen here!

Did you miss Marco Santi on today's show?
Listen here!

LISTENERS CAN PURCHASE TICKETS TO THE AWARD CEREMONY - IT IS AN OUTSTANDING OPPORTUNITY TO SEE THESE AWARD WINNING FILMS FIRST HAND!
https://www.48filmproject.com/award-ceremony


Guests of the #48FILM Project 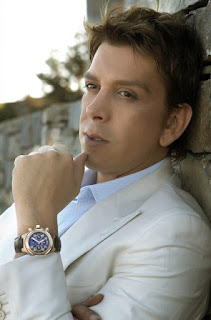 Francesco has many years' experience identifying and nurturing gifted performers. Starting his early career in Athens Greece as a journalist and eventually become a very successful manager to the Stars. After completed his Master's Degree in Communication Studies and Marketing, he relocated to the USA to study acting and directing at the most prestigious institutions in New York including: Lee Strasburg Institute, Herbert Berghof Studio, Gene Frankel Actor's Studio & Stella Adler Conservatory. He was at one time Artistic Director of the historic Tamarind Theatre of Los Angeles. 2011, Mr. Vitali return to Management and production, which proved to be his biggest passion and with business partner Chris Siametis established 48 Projects inc.

What makes this festival unique is that it is the ONLY short film festival to offer a $100,000+ production budget for a feature film. Moreover it is one of the only festivals to have a jury of industry leaders.

For many global filmmakers this is a very unique opportunity to not only have their work seen and considered by some of the top star-makers in Hollywood, it is an opportunity to compete to make a feature film! 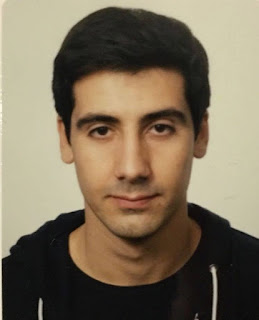 Marco Santi, 25 years old, is a young Italian director, born in Brescia on 17 June 1990. He was inspired by cinema at an early age; he took its first steps with the camera filming bizarre stories acted by his friends. During high school he continues with this passion: at the age of 18 he did a large projection of his first amateur  feature film of 50 minutes dedicated to a friend. He enrolled at the University of Economics in Brescia and at the same time he works as videomaker. He does  experience making videos even for companies such as Canon and Nintendo, and music videos including '' The Unheard '' by  Fabryka. Later he starts traveling the world and creates a series of mini-documentaries called ''Backpackers ''. The project takes hold and visibility and is sponsored by BoreasGear, a backpacks company. Meanwhile he participates in some film festival, winning in 2014 the Bagnolo Film Festival with '' I will no longer stay with you'' and ‘FilmLabFestival - Brescia da girare’ with '' Jusqu'à ce soir ''. In July 2015 he directs ''L'Autre'', short film of 10'.  Untill now, this, finished in October 2015, has 5 selections in national festivals and won one of them for Best Dramatic Short.

Why you selected the 48FILM project to participate in:
This was the second time I partecipate to a 48Film Project. The first was a local small festival that I join in late 2014 and won it. The experience I did was a real heavy challenge against time, but I really enjoy the contest. So in 2015 I was looking for an international competition because I wanted to compare with more people from all over the world. I choose the best 48hr short movie competition, which is the 48filmproject.

What inspired you to make Clara:
The idea of Clara was born in my head when I was thinking, some days before shooting, what I could shoot in this little time. I imagined the story of this actress with a lot of human relationship problems that disappear every time she was on set because of her professionalism and her being a bipolar star. The first Idea was a bit different to the final result: when I started the competition I modify the story to fit all the 48filmproject requests, that were a character, a line of dialogue and an object.


The making of the film:
While making of Clara we had a lot of trouble! To make a short in 48 hours you have really to run and unforeseen is always where you cannot imagine. I want to tell a little story: the day of shooting we spent so much time in waiting to have no noises, because (we of course didn’t know before that day!) close to the house we filmed, there was a construction site working. So every time they were drilling or hammering, we had to wait doing nothing. This was funny and frustrating at the same time. Anyway at the end we succeeded to secure all the takes and nothing goes wrong.