Jeffrey Moore, advertising exec and founder of Nutripy, joined me Monday at 9:00am

If you missed Jeffrey Moore on today's show, listen here!

After graduating from the University of San Diego, Jeffrey Moore joined sales for Sandoz Pharmaceuticals and quickly advanced into brand management in the New Jersey Headquarters. Here he learned about the business model for treating chronic and acute conditions with the techniques of western medicine. 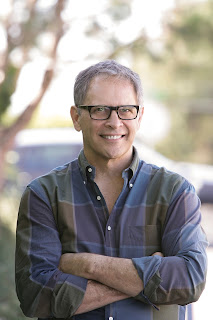 After 5 years with Sandoz, Jeff returned to his roots in California and took advantage of the creative success he experienced on the client side to open The Moore Group; an advertising agency refined in creating effective solutions for companies in the Medical Device, Aesthetics and Pharmaceutical marketplaces. He soon became established for his breakthrough strategies and creative solutions, growing to the 5th largest healthcare agency on the west coast.

After 17 years as The Moore Group, new ventures took him back to the client side of things in start-up capacities that needed innovative positioning. He returned to advertising ten years later as 3v07. Started in a trailer, his goal was to simply focus on the greatest creative product he could accomplish without generating any staff, allowing him personal attention with every client. But water seeks its own level and he soon had many working with him. He did limit 3v07 to 4 clients and kept that personal touch he brings to business each day.

The markets Jeff has served, along with his lifelong commitment to fitness, gave him a front row seat as nutritional supplements and fads took money from hopeful people’s pockets. His new purpose is to make better nutrition and support of the personal goals possible in every lifestyle. To take what he has learned about western medicine…and put in front of it a more interactive, consultative and preventive approach based on the hard science his career has required. And so there is Nutripy.com

With Nutripy, Jeff addresses the vast majority of Americans that don’t know why or what they are taking in their nutrition supplements. Nutripy meets the need to bring consumers to the better & right nutrition & supplements. So Nutripy.com offers a professional assessment that matches nutritional support with superior supplements, only available through healthcare providers, to match member goals and lifestyles.

Jeff has won over 180 advertising awards, and built the 50th dot-com address. He has been involved in innovating for the Internet space ever since.

He is a father of 4, Eagle Scout and focused on continued personal growth through using humility and the truth as a source of power.