Irina Maleeva, a true multifaceted international performer, joined me Monday at 9:00am!

Did you miss Irina Maleeva on today's show?
Listen to our conversation here.

Born in Bulgaria, the daughter of a famous stage actress and an aristocratic Italian statesman, Ms. Maleeva, who speaks seven languages, first established herself as a child performer in Italy. 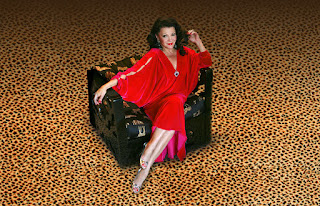 At the age of 15 she was discovered by the great Federico Fellini and performed in three of his movies.

With degrees in painting and set design from Accademia di Belle Arti in Rome, and studies at the Cinecitta Drama Film School and RADA in London, she received the training that propelled her into a successful worldwide career in films, records, television, stage and cabaret.

Her motion picture roles have been with the giants of the film industry, including a lead with Orson Welles in “The Merchant of Venice,” Fellini’s “Satyricon,” “Spirits from the Dead” and “Roma,” as well working with Visconti and Rossellini. She has had over 30 leading roles in European and American movies, starring opposite James Mason, Valentina Cortese, Therence Stamp, Anthony Franciosa and Charles Grodin. 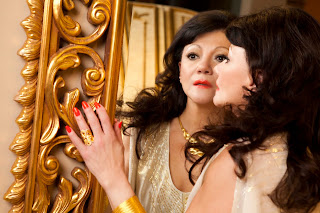 She was honored with a supporting actress award at The Toronto Film Festival for her portrayal of the “Demented Contessa” in the film “Union City” opposite Debbie Harry and Pat Benatar. Most recently in Los Angeles, she played a role in the film “Wasabi Tuna.”

In addition to her film achievements she was the lead of the Italian-French co-production TV series “Poly in Venice” and “The Girl without Identity.” In the USA she has been a guest star on “Days of our Lives,” “The Gilmore Girls,” “Pensacola,” “Just Shoot Me,” “Six Feet Under,” “Angel” and “Threshold.” She was a principal recurring actress on the TV series “Cracking Up” and “The Bold and the Beautiful.” She then Guest Starred on “American Body Shop” and the TV hit series “Heroes,” as well as the role of Ruba in “Twelve Miles of Bad Road.” Most recently, she co-starred opposite Susan Sarandon in Sony Classics’ “The Meddler” that opens April 22nd and guest starred in the NBC TV series “Aquarius” with David Duchovny.

To fulfill her insatiable desire to perform, Irina has added to her acting ability a unique singing voice, which has enabled her to travel the world with her one-woman musical comedy shows from New York to Rio de Janeiro to Tokyo. Her hits include “Passion, Pain and Occasional Vodka Tonic” and “Irina A-Broad.”

Her passion is flying, cruising around the world performing, playing with her beloved dogs and sharing quiet times with her husband, Nate.

In keeping with the Valentine’s Day spirit, Irina launched her CD “Illusions” featuring several classic love songs, including Irving Berlin’s “Let’s Face the Music and Dance” and Amanda McBroom’s “Crimes of the Heart.”


More about “Illusions” at:

Listen to her song Illusions.