Mollie Gregory, screenwriter, documentary filmmaker, and author of Stuntwomen: The Untold Hollywood Story joined me Monday at 9:30am pst 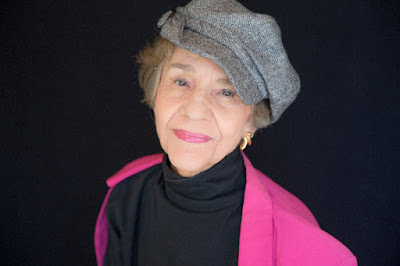 Did you miss Mollie on today's show?
Listen to our conversation  here!

About the Author: Mollie Gregory
STUNTWOMEN: The Untold Hollywood Story

Mollie Gregory began as a documentary filmmaker. She wrote a book about her experiences, and it changed her life. She became an author of fiction and non-fiction books, a sought-after speaker, particularly on the role and treatment of women in the entertainment industry, and an officer in national and international groups.

In Women Who Run the Show, How A Brilliant and Creative New Generation Stormed Hollywood, published by St. Martin’s Press, Mollie interviewed 125 women from trainees to studio heads in the Hollywood film/TV industry. “We are indebted to Gregory for committing to history those who would underestimate their own gains . . . how a band of sisters crashed the all-boys party that was Hollywood.” Lynda Obst, Los Angeles Times Book Review.

A member of the Writers Guild of America, a past president of Women in Film, past president of P. E. N. Center USA, she has also served as a U.S. Vice President of the International Quorum of Motion Picture Producers. As a trustee of the Women in Film Foundation, she created its History Preservation Plan, and now chairs "For the Record," a program that compiled (2010-2014) a history of the 43-year-old organization to expand and encourage Women in Film and other women's groups to preserve their history. To that end, she has drafted a narrative version to be released as a CD to the public.

A cinema school graduate of New York University (BA, MA), she has taught a variety of film and writing courses at the University of Southern California ("Writing the Documentary"), San Francisco State University ("Movies as Role Models"), UCLA ("Writing the Novel"), Los Angeles City College ("Screenwriting and Film Criticism"), Chapman College, Department of Cinema ("Writing for the Screen, fiction and nonfiction, television and film"), CSU Northridge ("Film Financing and Distribution"), drawing on her documentary work recounted in her book, Making Films Your Business. The Los Angeles Times dubbed it "a cogent and impressively thorough book that may become as indispensable as your film, tape or talent."

Mollie’s published novels include Equal to Princes, Triplets, Privileged Lies. Currently, she is finishing a new novel, Separate Screens, the story of two families in the movie industry, one black, one white, as well as a suspense novel around the legal and not-so-legal antics in a Hollywood talent agency, titled, LoveYouBye.
Posted by Get the Funk Out! at 1:31 PM