Actresses Julie Lake (Orange is the New Black) and Shirin Najafi joined me today at 9:30 pst to talk about their latest Kickstarter project, Mental!

Did you miss today's show featuring Julie Lake and Shirin Najafi? Listen to our conversation here! 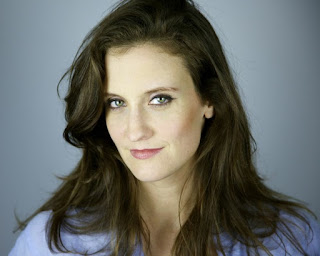 Julie Lake (SAG/AFTRA/AEA) plays the role of the lovable meth-head, Angie Rice, on the Netflix Original Series, Orange is the New Black. She is comedic writer and performer with the Los Angeles based all-female group, Share the Road, and the co-creator of the web shows, Mental and George and Julie. Born and raised in Palo Alto, California, Julie went on to attend Yale University where she majored in theater and performed the title roles in productions of Mother Courage and Medea.

After graduation she moved to New York City where she performed in numerous plays as an artistic associate with the company Les Freres Corbusier under the direction of Alex Timbers. She currently lives in Los Angeles with her husband and puppy, Rougarou.

ABOUT JULIE AND SHIRIN'S SHOW, "MENTAL"
Mental is a show about two neurotic best friends who struggle with anxiety and depression. It's written, directed, edited by and starring Julie Lake and Shirin Najafi.
We've filmed one episode and currently fundraising so that we can make 6 more.
Please check out our Kickstarter page.
http://www.mentaltheshow.com 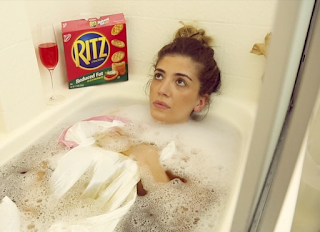 Shirin grew up in Palo Alto, California and attended Columbia University in New York. She has written and directed comedy videos that have been featured on the Funny or Die homepage and written up by various media. Her screenwriting has been selected by the Austin Film Festival and CBS Diversity Showcase. Her prose writing has appeared in LA Weekly, The Rumpus, and other online publications. She lives in Los Angeles and hopes to one day have a husband or a cat.