dubb Records Founder Anthony West and Recording Artist Brooke Adams joined me today on "Get the FUNK Out!" 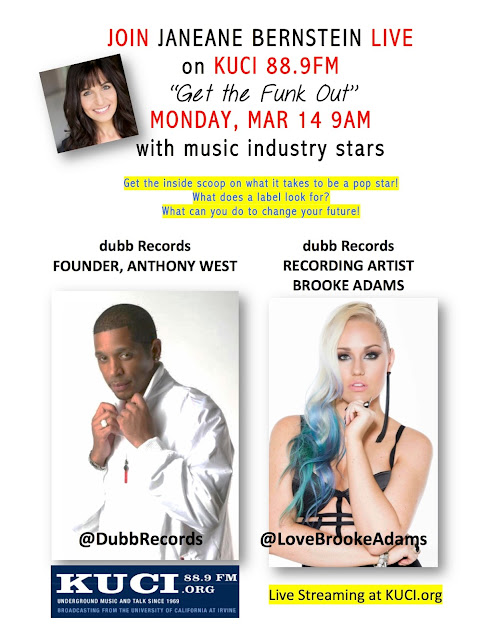 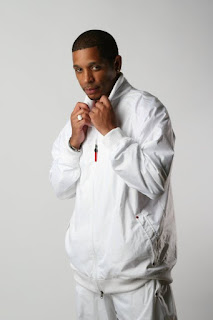 Mr. Anthony West is the Founder of M.E.G. (Move Entertainment Group, LLC), Dubb Records, and Racks on Racks online clothing store. He serves as Chief Executive Officer and Chairman for all. In the early 2000’s, West began his career by establishing a telecommunications business specializing in the distribution of commercial equipment across the country. While being a businessman is the core of West's success, it is West’s true passion for entertainment that drives him. From his early years of DJ’ing in nightclubs and private events from Cancun to different cities throughout the U.S., and writing music for local artists; Mr. West has evolved his passion into the mainstay of his work by launching Dubb Records in 2007 in which he produces and co-writes with his signed artists; to launching Racks on Racks, an online clothing store, to launching the hospitality division of MEG in 2016 with Scene Lounge in Los Angeles. The DeVry graduate is a sportsman and world traveler, and a supporter of two key charities: Make A Wish Foundation and the Salvation Army. 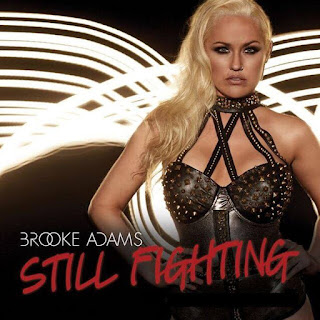 Brooke Adams
Recording Artist
Currently, Brooke Adams is signed with Dubb Records and busy in the studio preparing for the release of her upcoming pop/rock solo album when he said “Brooke is an extraordinary talent touched by God.”One of the greatest compliments of Brooke’s career came from Michael Jackson.

A multi-threat, Brooke was cast in two seasons of Keeping Up With The Kardashians (under Kris Jenner’s management) and on Criminal Minds, which featured both her music and acting skills.

No stranger to the stage, Brooke has toured the USA and Europe and has participated in numerous high profile events including KISS FM’s Jingle Ball. She was involved in two girl groups, both receiving Billboard listed singles on the Dance charts.Her debut single reached #28 on Billboard’s Hot 100 List, which caught the eye of Grammy Award-nominated record producer Michael Blakey who produced four of her songs, which ended up being included on original motion picture soundtrack Cinderella II: Dreams Come True and Disney's Princess Favorites.Brooke Adams is a pop singer from Fort Worth, Texas native. She started singing at the age of three and focused heavily on training. By the time she was 10, she was performing at D.A.R.E. During this time, a friend set up a website for her and uploaded MP3s, through which she built up a significant following. Having been spotted by music scouts, she was offered record deal with 2KSounds, a division of Virgin Records.
Posted by Get the Funk Out! at 6:51 PM