Writer/graphic designer Jamie Varon joined me Monday at 9am pst!

Miss Jamie on today's show?
Listen to our conversation here! 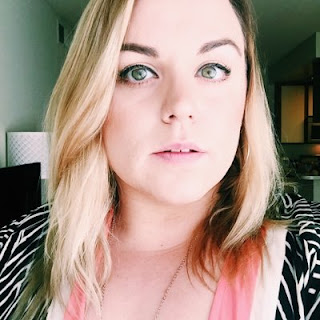 Hey, my name is Jamie Varon and I’m a writer and graphic designer living in Los Angeles. I am represented by Annie Hwang of Folio Literary Management. My writing has been featured on Huffington Post, Complex/NTRSCTN, Medium, Thought Catalog, Teen Vogue, The Liberty Project, and SF Weekly. I started blogging back when Xanga was still a thing and have been sharing my life online in various capacities for almost a decade. In 2009, I started Shatterboxx, a boutique creative agency, and have worked with clients such as Bed Bath & Beyond, The Bloggess, Erica Jong, Marie Forleo, Penguin Books, and various others.

I once built an iOS app that was downloaded over 100,000 times in the first week and a half. I was on CNN for creating a viral website called Twitter Should Hire Me (they didn’t hire me). I co-created an online branding course called Brandgasm 101 with copywriter and creative genius Ash Ambirge. I also co-created a program called UNLOST with Paul Jarvis to help other creatives get out of their own way and do the damn work they want to do. From May 2014-May 2015, I was an Editorial Advocate and Senior Writer for Thought Catalog where my writing was read by over 21 million people in just a year. I wrote a post called This Is How We Date Now which was read by 10 million people and was turned into a short film by a group of students in the UK. In July of 2015, I was signed to Folio Literary Management.

Currently, I do graphic design, freelance writing, and creative consulting. I write all sorts of things on Instagram, as well as handwritten tough love notes. I am in the process of developing a nonfiction book of essays. I publish my writing on Medium frequently. I tweet, too. I also write posts on Facebook.

Most importantly, I am always in the process of rewatching FRIENDS.

Darken the Page — The Anchor of Your Conviction, Freelancing and Marrying Commerce and Art (podcast)

Real Talk Radio — Jamie Varon on Trusting Yourself and The Power of Taking Risks (podcast)
Unmistakable Creative — Getting to the Heart of What You Want to Say with Jamie Varon (podcast)
Now What Did We Learn — Self-Acceptance with Jamie Varon (podcast)
Misc.
Interpretive reading of This Is How We Date Now on YouTube by Raining Silver
Love Right Now — a short film created by students at the University of Portsmouth based off This Is How We Date Now. This was also screened at BFI Southbank London.


Get smart with the Thesis WordPress Theme from DIYthemes.