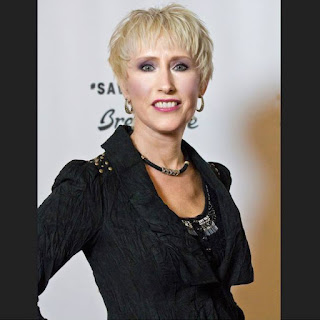 If you missed Leanne Summers
on today's show, listen here!

A LAWIM member since 1992, having served as President, CFO and Chair of the Advisory Board since her initial appointment to the Board of Directors in 1994, Leanne Summers is once again at the helm of LAWIM as President (2008).

As a professional singer her experience ranges from session singing to every conceivable form of live performance! From casual work and nationwide tours, to appearances at prominent clubs with Big Bands, various lounge acts, her own Top 40 band, and as a solo artist, musical director, and backup singer/opening act for major artists (Crystal Gale, Richie Havens, Jonathan Cain, Stella Parton, Eddie Rabbit), she brings a “know-how” to her teaching and producing that is immeasurable. Her voice and/or vocal productions can be heard on the likes of The Drew Carey Show, West Wing, Nikki, Cold Case and Californication to name a few.

As a much sought after vocal coach/vocal producer her clients include an extensive list of independent & major label recording artists, feature film & television actors, soundtrack artists, dancers, Broadway performers & prominent music supervisors, production & management companies. She has prepared artists for major tours and appearances at House of Blues, The Tonight Show with Jay Leno, ASCAP Pop Awards, Star Search, America’s Most Talented Kids, American Idol and more. Some of her proudest accomplishments are in developing young singers who have not only succeeded as performing artists in the music “industry” as we know it, but also those who have gone on to music colleges (many on vocal scholarships) and are actively working behind the scenes or making their mark in areas such as music therapy.

As a clinician she has participated in Grammy in the Schools (NARAS), The Songwriters' Expo (LASS and NAS), Vocal Tracks (Berklee in L.A.) Speech Level Singing Institute and spoken at many schools, music organizations and vocal clinics around the country. She has also authored articles on vocal technique, recording studio topics, performance and singing careers for several music magazines including (Home & Studio) Recording.

Summers says "Los Angeles Women in Music has always held a special place in my heart and is an organization that I truly feel has a reason to exist if we tend to its potential. Our mission statement is a powerful and positive platform! If we let it be our guide as we move forward, we can make our mark and make a difference in our community and in the industry that is our passion. There is no doubt that we face some challenges. The music industry is inundated with organizations competing for people’s time and support. But, I firmly believe that if we come together in a focused and directed manner, we can harness our strengths and carve out a unique place for LAWIM in a meaningful role and with a sense of purpose. No matter the changes that we may make in the coming months ahead, the principle foundation and philosophy of LAWIM will prevail. I encourage us all to empower ourselves and each other to “find our way” and share the vision…"