Janeane spoke with Israeli actor, Ido Samuel, about his role in the powerful film, Dirty Bomb 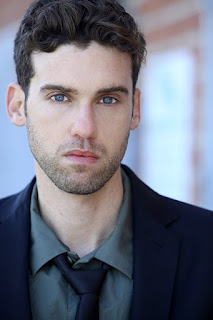 
Fascinating, worldly and a striking talent, Ido Samuel is a star on the rise and is ready to take Hollywood by storm. An Israeli actor who has already conquered the film market in Israel with roles in an impressive list of over thirty films including his role as an Orthodox Jewish man named “Yossi” in award winning film “Fill The Void.” The feature film was nominated for two Film Independent Spirit Awards and won seven awards at the Israeli Film Academy Awards (the country’s equivalent to the U.S.’s Academy Awards), “Best Foreign Language Film” at the Palm Springs International Film Festival, and two awards at the Venice Film Festival. “Fill The Void” which was widely distributed by Sony Pictures Classics.

Samuel moved to the United States four years ago to pursue his dream of acting in U.S. film and immediately booked leading roles in the prestigious short film “Ben-Dod Sheli” which made it to the semifinals for the Student Academy Awards which is hosted by The Academy Of Motion Picture Arts And Sciences and received rave reviews. He also filmed the highly anticipated short film “Dirty Bomb” which tells the story of Holocaust heroes who sacrificed their lives to sabotage the V2 bomb causing it to misfire during world War II. “Dirty Bomb” will be released in November and it’s star (Samuel) and director (Valerie McCaffrey) can’t wait for audiences to see it.

After serving in the Israeli army for three years, Samuel began training to be an actor in 2007 and booked a string of short films in 2010 and 2011 before landing the role of “Simba” in Israel’s version of “The Lion King” and later filming “Fill The Void” which put him in the spotlight and eventually prompted him to bring his talent to Los Angeles. Ido has continued booking roles in film and television projects such as Amazon’s award winning “Transparent.”

Samuel, now based in Los Angeles, has built a group of friends who he spends holidays with and who have been an incredible support system as he pursues his craft across the world. He practices martial arts and won regional and national awards in Israel. makes sure to travel back to see his family in Israel whenever possible and no matter where in the world he is he will always love his native country and of course Israeli and Jewish film.

ABOUT DIRTY BOMB
DIRTY BOMB, set against the Battle of the Bulge, depicts the true story of how Jewish concentration camp inmates sabotaged the development of Hitler’s V2 Bomb at the cost of their lives. The film is written and directed by Valerie McCaffrey, who as an independent casting director, cast over 80 films. In addition, Valerie uses her knowledge to a directing/producing/writing capacity. She directed a feature film called WISH YOU WERE DEAD distributed by Icon Entertainment International which starred Cary Elwes, Elaine Hendrix, Christopher Lloyd, Mary Steenburgen and Sally Kirkland. She wrote a screenplay called EVERYTHING IS GOING TO POT in which she is planning to direct. She produced a film LOST AND FOUND IN ARMENIA with Jamie Kennedy and Angela Sarafyan. She also produced and cast an award-winning film entitled NEO NED, starring Jeremy Renner and Gabrielle Union.