5/14/18 on KUCI 88.9fm - Jenny Milchman, a Mary Higgins Clark Award winner and the recipient of two Indie Picks, and the founder and organizer of Take Your Child to a Bookstore Day 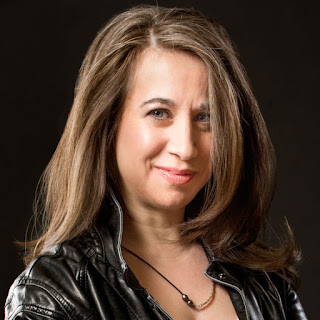 Jenny Milchman is a Mary Higgins Clark Award winner as well as the recipient of two Indie Picks, and the founder and organizer of Take Your Child to a Bookstore Day, which is celebrated in all fifty states.

Her new book Wicked River launches May 1 from Sourcebooks and is a "thinking woman's thriller." In the book, a honeymooning couple canoeing and camping in the Adirondacks finds more than marital bliss.... rather, obsession, murder, and a race against time keep thrills (and chills) on readers' minds!

>Her own camping snafus and honeymoon averted crisis (spoiler alert, she went to Paris instead)


>Being on the "longest book tour" in the country

>Touring with her husband and two kiddos

>Take Your Child to A Bookstore Day

>Writing romance in a thriller setting

>Working with International Thriller Writers in a leadership position

>Changing publishers and her own path to publishing story

The incredible NYT bestselling Lee Child has raved about Jenny's work from the beginning, saying of her first book, “everything a great suspense novel should be,” and of her second, “Milchman writes very human, but very uncompromising stories which appeal to both poles of the genre successfully and simultaneously...she has a lot of talent. It’s a complete mystery to me why she’s not already huge.” Now of this new book, “Milchman is the Swiss Army knife of thriller writers. A Venn diagram of potential readers would start from all corners of the genre - Harlan Coben’s fans, C J Box’s. Stephen King’s (in certain modes), as well as many resourceful-women-in-trouble writers.”

ABOUT
Newlyweds planning their dream honeymoon think of going on a romantic getaway or an island retreat —certainly not backpacking six million acres of Adirondack forest.

In Jenny Milchman’s atmospheric psychological thriller, WICKED RIVER (May 1, 2018; ISBN: 9781492658993), two newlyweds embark on a backcountry honeymoon in the wild Adirondack Mountains. What begins as an idyllic journey soon turns into a deadly obstacle course forcing them to hike through the vast
wilderness. Without a map or supplies, their chances of survival are grim, but their true danger comes from someone determined to make sure that the newlyweds never leave the forest again.

As they face the worst the wilderness has to offer, secrets surface, and the newlyweds begin to discover the worst inside themselves.

From the winner of the Mary Higgins Clark Award, WICKED RIVER is a taut tale of survival, human nature, and the lengths a couple will go to stay alive.