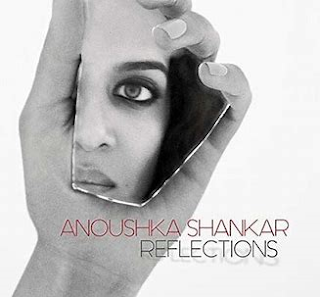 Touted as an Asian Hero by TIME magazine, Anoushka Shankar aligns visionary artistic pursuits with her impassioned fight for women’s rights and social justice. For more than a decade, Shankar has spoken out against sexual violence, human trafficking, gender inequality, and the refugee crisis. Reflections creates a space in which listeners can stop and contemplate today’s world, seek strength within themselves, and cultivate compassion for anyone facing violence, oppression or personal crisis. Music has the power “to express how even within chaos, one can find beauty when in connection with another human being,” says Anoushka Shankar.

Reflections culls compositions from her albums Land of Gold, Traces of You, Breathing Under Water, and Rise. Anoushka features her mastery of Indian classical music on “Jod, Jhala,” based on the raga Jogeshwari created by Ravi Shankar, whom she joins on “Pancham Se Gara.” The latter composition marks one of the only studio recordings featuring Anoushka performing with her father. “The Sun Won’t Set” opens Reflections, and was written with Nitin Sawhney and recorded with her half-sister, Norah Jones, thirty days after Ravi Shankar’s passing. “My father’s name, Ravi, means ‘sun’ in Sanskrit, and this song was a way for me to express my feelings in his final months,” Anoushka recalls.

Standout global collaborations include special guests Spanish flamenco stars Pedro Ricardo Miño (“Bulería Con Ricardo”) and Duquende (“Si No Puedo Verla”), Austrian hang player Manu Delago (various tracks), German-Turkish singer-songwriter Alev Lenz (“Land Of Gold”), American composer and producer Karsh Kale (“Burn”), Israeli vocalist Noa Lembersky (“Burn”), and American folk maestro Barry Phillips (“Voice of the Moon”). Actress and activist Vanessa Redgrave reads Pavana Reddy’s poetry in “Remain the Sea,” a response to the European refugee crisis of 2015, while Norah Jones appears again in “Traces of You,” a haunting meditation on the way we carry with us the people we have lost and the places we have left behind. 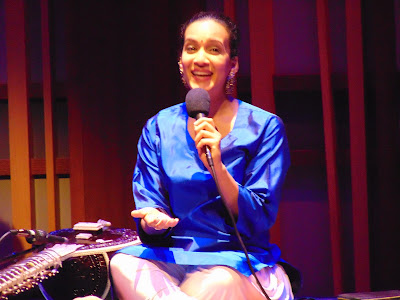 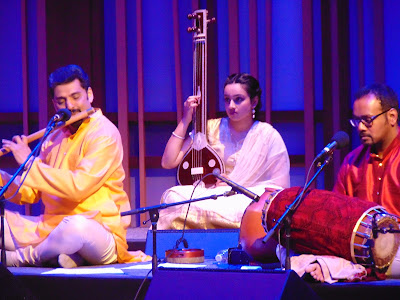 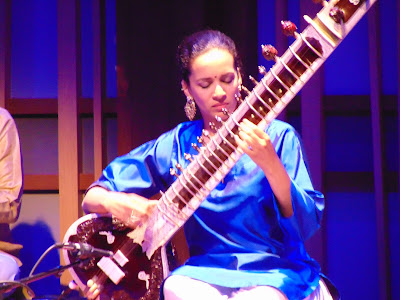 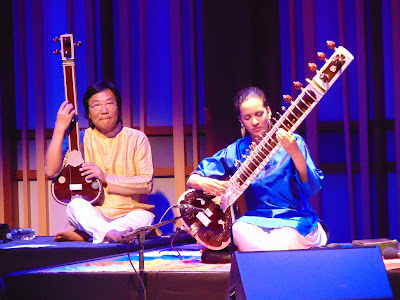 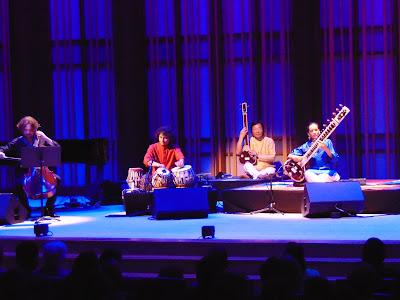 
About Anoushka Shankar
Sitar player and composer Anoushka Shankar is a singular figure in the Indian classical and progressive world music scenes. Her dynamic and spiritual musicality has garnered several prestigious accolades, including six GRAMMY® Award nominations, recognition as the youngest -- and first female -- recipient of a British House of Commons Shield, credit as an Asian Hero by TIME magazine, and a Songlines “Best Artist Award.” Most recently, she became one of the first five female composers to have been added to the UK A-level music syllabus.

Deeply rooted in the Indian Classical music tradition, Anoushka studied exclusively from the age of nine under her father and guru, the late Ravi Shankar, and made her professional debut as a classical sitarist at the age of thirteen. Since launching her lauded career, Anoushka has led cross-cultural collaborations with artists such as Sting, M.I.A., Herbie Hancock, Pepe Habichuela, Karsh Kale, Rodrigo y Gabriela and Joshua Bell demonstrating the versatility of the sitar across musical genres. As an international solo sitarist, Anoushka has performed to sold-out crowds on many of the world’s most distinguished stages such as Carnegie Hall (NYC), Barbican Centre (London), Sydney Opera House, Philharmonie (Paris), and San Francisco Opera House.