TODAY 5/5/20 - Janeane spoke with two team members of the winning MIT COVID19 CHALLENGE! Shefik and Lisa Diamond, MD will talk about the MIT COVID hackathon's one unique idea: how to support healthcare workers fighting COVID-19 in the face of stress, burnout and mental health issues, and share details of their winning project.

LISTEN to Janeane's conversation
with Shefik and Lisa Diamond, MD 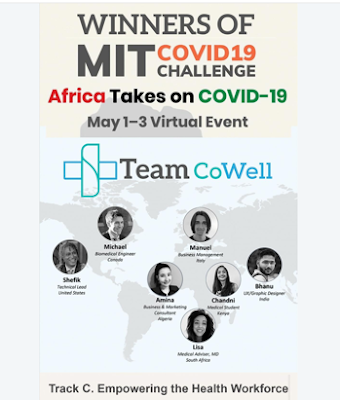 ABOUT THE WINNING TEAM PROJECT
Shefik's team developed a project titled "CoWell". As Technical Lead of the project from the United States, Shefik is proud to announce that his team's project was named a winning project.

Shefik’s team won, not only because they developed an amazing project that the judges were thrilled about, but also because they came together as one for a common cause to help humanity on a scalable level. It did not matter that they were from 7 different countries. What mattered above all was their compassion and their immediate and absolute respect for one another. Celebrating over 20 years in the entertainment and technology industries, Shefik is an accomplished industry insider, who has appeared on MTV, SiriusXM, PBS, BET, network television, and in print media, as well as internationally on TRT World (Turkey). He has held senior-level positions at many Fortune 500 companies and celebrated brands, including IBM, NBCUniversal, MTV World, Merck, Merriam-Webster, and Wolters Kluwer. A seasoned pro in social media with a career background as a Lead Architect and Senior Web Developer, Shefik is on the cutting edge of new media, as he currently serves as a Technical Lead at NBC Sports, as well as an Official Member of the Forbes Technology Council.

As a videographer and producer, his work has been featured in television broadcasts and video productions for TIME magazine (where he also served as Technical Producer), The Washington Center, "Unsung" (TV One), Broadway World, and a major television station in New York City. Additionally, his photography has been featured in print and online publications, such as Daily Mail (United Kingdom), Harvard Kennedy School Magazine, Playbill, and China Press, as well as over 100 other websites in China. He is currently the Executive Producer and Host of the nationally syndicated radio show "Shefik presents Invocation" (https://invocation.co), which is broadcast on 23 terrestrial radio stations and frequencies throughout the United States, as well as the internationally syndicated video series of the same name via Amazon and other notable outlets. The radio show currently has a total of over half a million dedicated listeners per month. 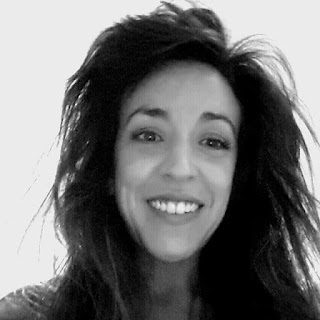 Lisa trained and worked across urban and rural hospitals in South Africa before moving on to a career as a Medical Writer and Medical Advisor in 2012. She has worked for health, pharmaceutical, insurance, communications and wellness companies in Africa, North America and Europe. Lisa provided medical advice on over 11,000 medical cases between 2014 and 2018.

She has written over 400 medical and science articles for a variety of audiences across the globe, and co-run 2 international medical advisory boards.

Lisa entered the MIT COVID hackathon with one unique idea: how to support healthcare workers fighting COVID-19 in the face of stress, burnout and mental health issues.
Posted by Get the Funk Out! at 9:54 AM