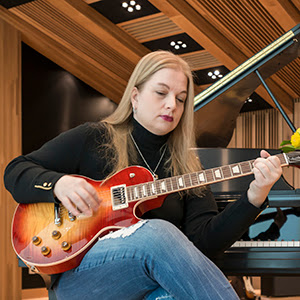 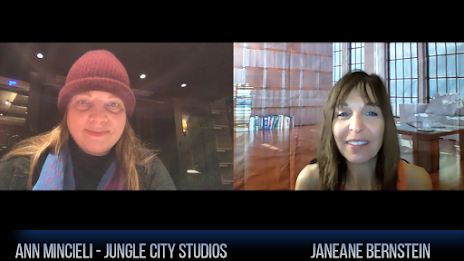 "If you focus on being great, then no matter who you are

and what you want to achieve, your success will follow."

A sought-after recording engineer, Ann Mincieli fell in love with the idea of engineering around 1990. Since then she has worked on albums for the likes of Alicia Keys, Jay-Z, Drake, Mariah Carey, Usher, Jennifer Hudson, and Whitney Houston.

Serving as the regular engineer for much of Keys' work, Mincieli earned her first career GRAMMY for Best R&B Album as the engineer on The Diary Of Alicia Keys at the 47th GRAMMY Awards. She earned a second career GRAMMY in the same category at the 56th GRAMMYs for Keys' Girl On Fire.

Mincieli is the co-founder of Jungle City Studios in New York. Thanks to her skill as a sound engineer and her large collection of vintage gear, including a vintage Versatone Bass amp played by the Wrecking Crew's Carol Kaye and 20-plus '70s and '80s era drum machines.

Did you know? According to an interview she did with Atlantic Records, her favorite piece of gear is the Telefunken M16 microphone.

In 2018 Mincieli was featured as part of the Recording Academy's "We Are Music," campaign, which was designed to showcase the creators the Academy represents.
About Ann Mincieli

Ann Mincieli is a renowned Engineer, Mixer, Collaborator and Album Project Manager for Alicia Keys. Since 2018, Mincieli has been involved with She is the Music, a nonprofit organization dedicated to increasing the number of women working in music across all levels. The 2x GRAMMY® winner has worked with some of music’s biggest acts including Mariah Carey and Jay-Z, among others. Mincieli is the owner of Jungle City Studios, which is one of New York’s most elegant and best equipped recording facilities in the world. As a prominent leader in the music industry, Mincieli has been at the forefront of the movement to restore Manhattan to its former prestige as one of the world’s top recording destinations.
Posted by Get the Funk Out! at 8:28 PM