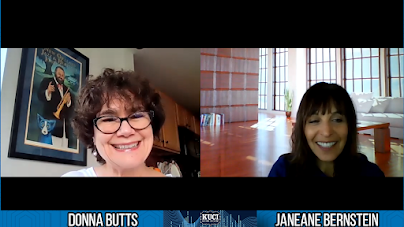 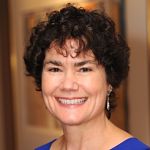 Donna Butts is the Executive Director of Generations United, a position she has held since 1997. For more than 30 years, Butts has worked tirelessly to promote the well-being of children, youth and older adults through nonprofit organizations across the country and around the world. She began her career in her home state of Oregon as a youth worker with the YWCA, where she worked one-on-one with teens and saw the positive effects of intergenerational programs firsthand.
Butts has held leadership positions with Covenant House, a New York-based international youth serving organization, and the National 4-H Council. She served as the Executive Director for the National Organization on Adolescent Pregnancy, Parenting and Prevention before taking the helm of Generations United.

An internationally sought-after speaker, author and advocate, Butts frequently speaks on intergenerational connections, grandparents raising grandchildren and policies effective across the lifespan. Her commentary has appeared in the New York Times, the Washington Post, the Christian Science Monitor and the Wall Street Journal. She has been interviewed on the TODAY Show, National Public Radio and ABC News, and was invited by the United Nations to sit on four expert panels most recently on intergenerational solidarity and social cohesion in preparation for the 2014 20th anniversary of the International Year or the Family.

In 2004, Butts was honored with the National Council on Aging’s Jack Ossofsky for Leadership, Creativity, and Innovation in Programs and Services for Older Persons. She served as a 2005 delegate to the White House Conference on Aging. A respected author, she has written countless articles, chapters and publications regarding the welfare of children, youth and older adults.

Butts received her undergraduate degree from Marylhurst College and is a graduate of Stanford University’s Executive Program for Nonprofit Leaders. She is a former chair of the board of the International Consortium of Intergenerational Programmes (ICIP) and serves on the board of the Journal of Intergenerational Relationships. She was recognized three years in a row (2012, 2013 and 2014) by The Nonprofit Times as one of the Top 50 most powerful and influential nonprofit executives in the nation.

In 2015, she was named one of the Top 50 Influencers in Aging by Next Avenue. Under her leadership, Generations United received the 2015 Eisner Prize for Excellence in Intergenerational Advocacy. Recently she was honored with one of the 2017 International Federation for Family Development Awards.
Check out Generations United’s newest report, Family Matters: Multigenerational Living Is on the Rise and Here to Stay.

Session and plenary details for Generations United’s Virtual Intergenerational Conference are now available! Register by May 31st to get the best possible rate. www.guconf.org


Listen to The Generations United Podcast
Posted by Get the Funk Out! at 6:45 AM