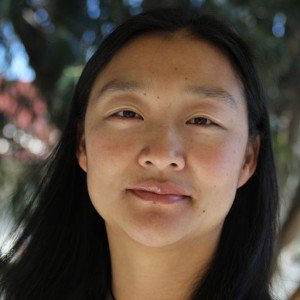 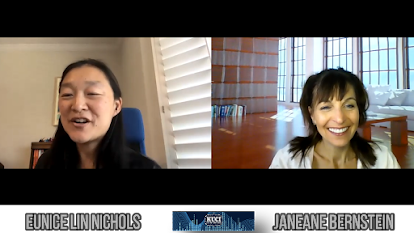 Eunice Lin Nichols is obsessed with bringing older and younger generations together to solve society’s greatest challenges, creating a better future for all. She is Vice President of Innovation at Encore.org where she leads the Gen2Gen Innovation Fellowship.

Previously, she ran the Generation to Generation campaign, an initiative to mobilize 1 million adults 50+ to help young people thrive and The Purpose Prize (now a program of AARP), which has awarded over $5 million in prizes to nearly 100 social entrepreneurs over the age of 60 since 2006. She also spent 11 years leading a portfolio of initiatives to expand the social contributions of older adults in California, including scaling Experience Corps from one neighborhood school in San Francisco into a thriving Bay Area program helping thousands of kids read by third grade.

Eunice has been recognized as a Next Avenue Influencer in Aging and is a graduate of the Billions Institute Fellowship for Large-Scale Change. In 2019, she received the James Irvine Foundation Leadership Award for advancing innovative and effective solutions to California’s most significant issues.
CO-GENERATE! LIVESTREAM 6/23/21
REGISTER NOW!
Register now for Co-generate! Livestream — a 2-hour virtual, free & public event on June 23 for younger & older changemakers eager to join forces & work together for a better future.
The Co-generate! Livestream on June 23 (10am-12pm PT / 1-3pm ET) is a 2-hour free, publicly streamed event open to everybody interested in breaking down age silos to create a better future. We hope to amass an audience of 1,000+ for this first-of-its-kind Encore event featuring provocative conversations between established and emerging thought leaders on the power of co-generation, including:
Krista Tippet (On Being) in conversation with Rev. Jen Bailey (Faith Matters Network), Angela Glover Blackwell (PolicyLink) in conversation with Eric Liu (Citizen University), Chip Conley (Modern Elder Academy) in conversation with Sian-Pierrre Regis (director of Duty Free), and Andrew Ahn (director of Driveways) in conversation with Lucas Jaye (Actor in Driveways). We'll also debut performances from Mumu Fresh, MILCK, Justin Kauflin and John Clayton. The event will be co-emceed by Encore Senior Fellow Harriette Cole and Encore Creative-in-Residence Scott Shigeoka. REGISTER HERE for the Livestream.
Help us spread the word about Co-generate! Livestream on twitter using this Click-to-tweet, or via social media using the following copy: So excited about @EncoreOrg’s Co-generate! — a virtual, free & public event for younger & older changemakers eager to join forces & work together for a better future. Register now! http://bit.ly/Co-generate #Cogenerate #Gen2Gen #intergenerational
Don't miss Meeting the Multigenerational Moment, a new essay series published by SSIR in partnership with Encore.org and The Eisner Foundation.
Posted by Get the Funk Out! at 11:20 AM