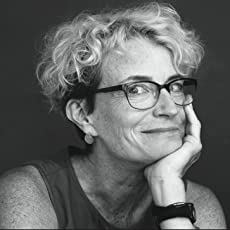 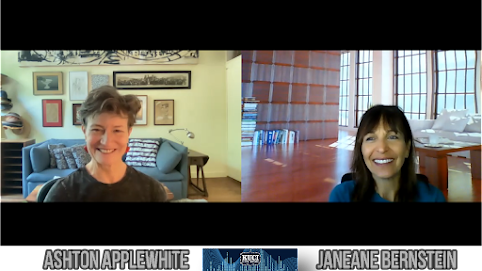 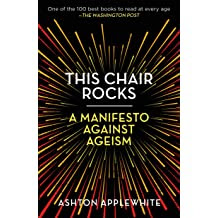 About Ashton Applewhite
I didn't set out to become a writer. I went into publishing because I loved to read and didn't have any better ideas. I had a weakness for the kind of jokes that make you cringe and guffaw at the same time. My boss insisted I write them down, which turned into the 1982 best-selling book, Truly Tasteless Jokes, writing as "Blanche Knott." As Blanche, I made publishing history by occupying four of the 15 spots on the New York Times bestseller list.
My first serious book, Cutting Loose: Why Women Who End Their Marriages Do So Well, was published by HarperCollins in 1997. Ms. magazine called it "rocket fuel for launching new lives." It landed me on Phyllis Schlafly's Eagle Forum enemies list and an invite to join the board of the nascent Council on Contemporary Families, a group of distinguished family scholars.
The catalyst for Cutting Loose was puzzlement: why was our notion of women's lives after divorce (visualize depressed dame on barstool) so different from the happy and energized reality? A similar question gave rise to This Chair Rocks: "Why is our view of late life so unrelievedly grim when the lived reality is so different? I began blogging about aging and ageism in 2007. Since that time, I have been recognized by the New York Times, National Public Radio, and the American Society on Aging as an expert on ageism.
Currently, I blog at This Chair Rocks, speak widely and am the voice of Yo, Is This Ageist?. I've written for Harper's, Playboy, and many other publications. I have also been on staff at the American Museum of Natural History since 2000, where I write about everything under the sun. In 2015, I was honored to be included in Salt Magazine's list of the world's 100 most inspiring women--along with Angelina Jolie, Elizabeth Warren, Amal Clooney, Aung San Suu Kyi, Naomi Klein, and other remarkable activists--committed to social change.
Posted by Get the Funk Out! at 5:49 AM