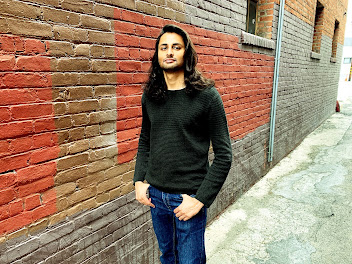 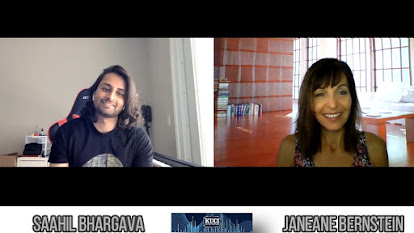 LISTEN | WATCH (coming soon!)
Music artist and writer Saahil Bhargava jolted awake to news of being an official selection in two categories at the LA Shorts International Film Festival, one of the world’s most prestigious and largest international short film festivals.

Nominated in two key categories (Animation, Music Video) for the video of his song Kohima, Saahil finds himself in stellar company. The list of nominations includes Paul McCartney’s latest music video ‘When Winter Comes’ and Yo-Yo Ma’s concert ‘See Me’.

In its 25th year, LA Shorts International Film Festival is accredited by the Academy of Motion Pictures Arts & Sciences (Oscar®), the British Academy of Film and Television Arts (BAFTA), and the Academy of Canadian Cinema and Television (Canadian Screen Awards). Throughout the fest’s history, 60 LA Shorts filmmakers have earned Academy Award® nominations, with 16 taking home the Oscar. In other words, if Saahil Bhargava’s Kohima wins best animated short film, then it will be qualified to compete for the Oscars in 2022.


LA Shorts International Film Festival founder/director Robert Arentz said, "It is such a high honor for the LA Shorts International Film Festival to welcome Kohima into the competition this year, which is our 25th anniversary. Only a handful of films were accepted into the brand new Music/Dance category, and Kohima is one of those elite few. In fact, we created the special Music/Dance program due to high-quality content from exceptional artists, such as Paul McCartney, Yo-Yo Ma, and of course, India's own Saahil Bhargava!"

Saahil’s music has always been about telling great stories, especially through his companion screen content. For the innovative and groundbreaking Kohima, Saahil collaborated with Big Bang Music and co-directed the music video with Harmeet Rahal to bring his vision to life. With Kohima, Saahil Bhargava addresses the plethora of emotions - from panic to despair - of a combat soldier. Kohima is set during the infamous World War II battle in the northeast of India.


Curiously, Saahil’s Kohima is trending among video game fans worldwide. On YouTube, gamers flood Kohima’s comments section with love. Mostly, they marvel about the ways that the song effectively captures a serviceman’s journey. It’s a big win for any independent artist, and Saahil is exceptionally grateful.

Talking about the exciting nomination Saahil Bhargava says, “It is a huge honor to be recognized alongside so many amazing artists. Kohima was written to be a story about the horrors of war from the perspective of an individual soldier, and I think this video really captures the pain and terror that soldiers go through in a brutal battle. I’m very excited for more people to watch this video and also hope that my future songs and videos can have a similar impact.”

Co-director and animator, Harmeet Rahal says “It was such a great challenge, bringing the Battle of Kohima to life, and exploring the horrors of war through the story of an abandoned, lone soldier. It was great working with Saahil and Big Bang Music. It's an honor to be nominated alongside such amazing work, and I hope this helps more people learn about this hidden piece of Indian history.”

Saahil Bhargava is originally from New York but has lived in London and Mumbai before calling Los Angeles home.

After performing in front of a crowd as a young boy, he was hooked and knew he would pursue music.

Saahil enjoys telling stories and exploring interesting concepts and emotions. All of his songs tend to be stories about characters going through emotional experiences or intense moments.

He is musically influenced by a range of artists such as Freddie Mercury, Bono, Chester Bennington and Chris Cornell to Radiohead, Muse, Keane and My Chemical Romance.
Posted by Get the Funk Out! at 11:33 AM