Carolyn Inmon author of The Seven Characters Of Abuse joined me Monday at 9:00am pst! 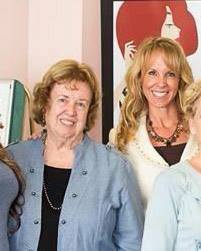 The Seven Characters of Abuse
Carolyn and Tanya Brown are passionate about helping women to identify the seven characters of abuse. The authors make it clear that domestic abuse begins with these behaviors which even though they aren’t physical, they are abusive and hurtful. These actions can be independent behaviors or lead to physical abuse. In either case, they are about power and control not about healthy love. By sharing real life examples of women in these relationships, the authors hope readers will identify and by presenting questions and journal pages, the authors continue the process of identification and reflection. Many women may want to change their situation and this book will help them with that decision including the continuous emphases on doing so safely. Carolyn has been grateful for the experience of co-authoring this book because she hopes that it will help women who may not even realize they are victims of abuse.

From Fright to Might – Overcoming the Fear of Public Speaking 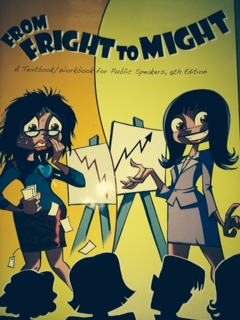 My colleagues at Mt. San Antonio College and I wrote a textbook for the sometimes dreaded Speech 1A – Public Speaking class.

“According to most studies, people’s number one fear is public speaking. Number two is death. Death is number two. Does that sound right? This means to the average person, if you go to a funeral, you’re better off in the casket than doing the eulogy.” Jerry Seinfeld

More than 60,000 students have used that book which teaches the principles of public speaking along with strong suggestions for overcoming fear and discovering the power of effective public speaking. (ISBN 9781884155444, 7TH edition, 2012, paperback, 293 pages)

This is a column which appears each month in the Irvine Community News & Views.

ABOUT THE AUTHORS
Carolyn Inmon and Tanya Brown have been working together since 2009. Bringing different personalities, skills and backgrounds to the relationship, they work well together because they listen respectfully to each other and are both passionately dedicated to the prevention of domestic abuse and the creation and maintenance of loving relationships.
During their collaboration, Tanya has earned her B.A. and M.A. in psychology and Carolyn has done a great deal of research on domestic abuse, power and control. Many speeches have been written during that time including such topics as never giving up, teaching as community service, leadership, power and control,  and one of Tanya’s personal favorites – wellness.
Their primary mission is the eradication of abuse and they are adamant about getting the word out to domestic abuse victims and predators. Towards this goal, they have written the book, “Seven Characters of Abuse – Domestic Violence – Where It Starts and Where It Can End.”   Plans are to write a series of books on this and similar topics.
Posted by Get the Funk Out! at 6:27 AM