Known for his signature series on the TODAY Show, Bob Dotson has received more than a hundred honors, including eight national Emmys and a record six Edward R. Murrow Awards. Bob called in to today's show on KUCI 88.9fm to talk about his incredible career as an award-winning journalist and author. 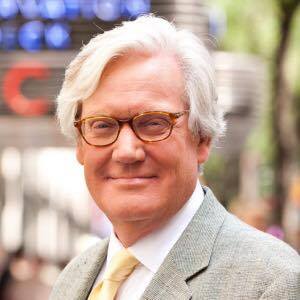 If you missed Bob Dotson on today's show, listen to our conversation here!

Bob Dotson’s stories reflect his rare approach to the news. While most reporters focus on life’s flat tires, he looks for something far more difficult to find – what keeps the other tires rolling. Dotson works the neglected streets of our cities, the small towns and dirt roads, searching for people who are practically invisible, the ones who change our lives but don’t take time to tweet and tell us about it. He has crisscrossed this country, four million miles, practically non-stop, searching for names we don’t know, but should, people with thoughtful solutions to problems we all face. Wisdom doesn’t always wear a suit.

Dotson’s signature series on the TODAY Show has received more than a hundred honors, including eight national Emmys and a record six Edward R. Murrow Awards for “Best Network News Writing” from the Radio Television Digital News Association. The Society of Professional Journalists cited Dotson for his work in New Media. Some of his online columns and story videos trend worldwide. His program, El Capitan's Courageous Climbers, was the winner of seven International Film and Video Festivals and was awarded documentary's highest honor, the CINE Grand Prize.

His work has also won Grand Prizes from DuPont-Columbia, the National Press Photographers Association, the Robert F. Kennedy awards and this spring he joined Charles Kuralt and Walter Cronkite as the latest recipient of the William Allen White Foundation National Citation for journalistic excellence.

Dotson’s stories have appeared on all of NBC News programs over the years. He also produced and wrote “Bob Dotson's America,” a series of programs on the Travel Channel. His third book, American Story, a Lifetime Search for Ordinary People Doing Extraordinary Things, (Penguin/Random House) became a New York Times Best Seller. His new how-to "Make it Memorable," book became the Number One Best Seller on Amazon's Hot New releases list, a week before it was published on October 15th. That same month, Dotson won the 2015 Edward R. Murrow award for this story: http://www.today.com/news/first-blind-man-kayak-grand-canyon-i-couldnt-quit-2D79657900#news/first-blind-man-kayak-grand-canyon-i-couldnt-quit-2D79657

BOB DOTSON BY THE NUMBERS: 40 years at NBC News