Deborah Riley Draper, a marketing guru and award-winning filmmaker, joined me Monday 9:30am pst to talk about her film Olympic Pride American Prejudice premiering at the Los Angeles Film Festival! 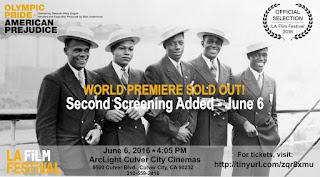 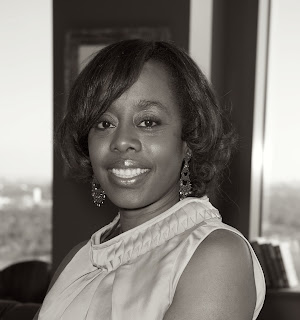 If the link above does not work, visit this page:
http://janeanebernstein.com/

ABOUT THE FILM:
OLYMPIC PRIDE, AMERICAN PREJUDICE, directed by Atlanta filmmaker Deborah Riley Draper (Variety’s “10 Documakers To Watch”) and narrated by Blair Underwood is a feature length documentary that explores the trials and triumphs of 18 African American Olympians in 1936. Set against the strained and turbulent atmosphere of a racially divided America, which was torn between boycotting Hitler’s Olympics or participating in the Third Reich’s grandest affair, OLYMPIC PRIDE, AMERICAN PREJUDICE follows 16 men and two women before, during and after their heroic turn at the Summer Olympic Games in Berlin. They represented a country that considered them second class citizens and competed in a country that rolled out the red carpet in spite of an undercurrent of Aryan superiority and anti-Semitism. They carried the weight of a race on their shoulders and did the unexpected with grace and dignity.

Variety named Director Deborah Riley Draper as one of the ‘10 documakers to watch’. http://variety.com/gallery/10-documakers-to-watch/#!3/deborah-riley-draper/

This is an Olympic year! XXXI Olympiad (Rio de Janeiro, Brazil) will kick off in August 2016.

The film captures profound archival footage, gathered in the US and in Europe.