Featured Writer-Director Cevin Soling and his highly anticipated documentary, The Gilligan Manifesto at 9:30am PST today! 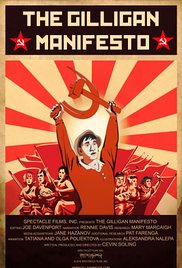 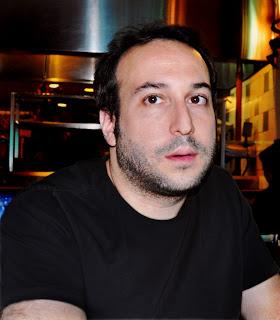 Soling’s film reveals that this seemingly innocuous sitcom was actually an analogue for a post-apocalyptic world where survivors had to rebuild civilization as this was a major concern during the Cold War where many families had fallout shelters in their homes. What is even more shocking is that the society the castaways create is founded on Marxist Communism. Soling’s revelation was published in the prestigious academic journal, Americana: The Journal of American Popular Culture.

To convert his article into a feature documentary, Soling interviewed creator Sherwood Schwartz. He also spoke with Russell Johnson and Dawn Wells, who played the Professor and Mary Ann, and several professors from Harvard.

“Sherwood Schwartz often noted that he conceived Gilligan’s Island as a social microcosm where people from all walks of life would have to figure out how to get along,” Soling said, “but he confessed to me, in his last interview, that the show was deliberately designed as lowbrow humor in order to conceal its political message. For this reason, American audiences never realized that the show celebrates Marxism and lampoons Western capitalism and democratic governance.”

“The most transgressive message conveyed by Gilligan’s Island is that it shows how much better off people are in under true communism – not the dictatorship government the Soviets and McCarthyites called communism. The characters that represent the pinnacle of success in capitalist society – the millionaire and the movie star, become whole people and establish social bonds that they never could have otherwise. On the island, their lives cease to be empty.”

La Femme board member Deborah Gilels served as associate producer on the documentary which was edited by Joe Davenport and narrated by Rennie Davis, who, along with Abbie Hoffman was a member of the Chicago Seven. David Jackson’s Showcase Entertainment is selling the worldwide rights.

Cevin Soling produced and directed the first theatrically released documentary on education, The War on Kids, which was honored as the best educational documentary at the New York Independent Film and Video Festival and has been broadcast on The Documentary Channel and The Sundance Channel.


Soling wrote, produced, and directed Ikland, which documented his efforts to rediscover the lost Ik tribe of northern Uganda, who were famously disparaged in the early 1970s as the worst people in the world. The film won Best Documentary Content at the Boston International Film Festival and was heralded by the NY Times and other major media outlets. Last year, he completed Mr. Cevin & the Cargo Cult, a documentary about a tribe in Vanuatu who worship America, and is currently working on The Summer of Hate, a documentary on the Beatles’ controversial observations on religion and racism during their tour of America in 1966.

ABOUT THE FILM
At the height of the Cold War, Gilligan's Island depicted seven Americans living in an analogue of a post-apocalyptic world where the survivors have to rebuild civilization. Remarkably, the society they create is pure communist. Interviews with the show's creator and some of the surviving actors, as well from professors from Harvard, reveal that Gilligan's Island was deliberately designed to be dismissed as low brow comedy in order to celebrate Marxism and lampoon Western democratic constructs.