Michael Matteo Rossi joins me at 9:15am PST to talk about his powerful show VENGEANCE! 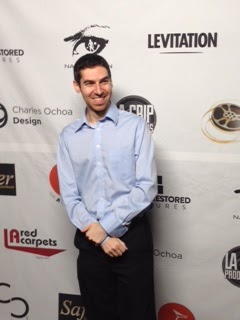 A Los Angeles native, Michael is no stranger to the film industry. In his early teens, Michael acted in stage plays, but it was his last year of High School when he realized he wanted to shift towards writing and directing. In his sophomore year at San Diego State, Michael decided to round up a talented and hungry group of actors and crew and make his first short film. It was a success and screened at the L.A. Shorts Fest. Michael felt it was his calling with the great reception the film got and how impressed people were at his age.

During the years to come, Michael directed and wrote several other short films, including The Last Wish, which screened at a number of festivals in the United States and received several awards, including the Sierra Nevada Award at the 2012 Mountain Film Awards. After making a few other short films that ran a great festival circuit, Michael realized it was time for him to direct and produce his first feature film. Right when he turned 26, he directed "Misogynist" where he won "Best Narrative Feature" at the LA underground film festival and “Best Director” at the IndieFest Awards.

The film was soon after picked up by Midnight releasing, one of the leading distributors of independent cult, thriller and horror films, for worldwide distribution and was released early 2015. Later that year, Michael completed his most recent feature, “Sable”, which is in the process of being signed by a distributor.
Posted by Get the Funk Out! at 10:57 AM