Four Day Weekend’s Frank Ford joins Janeane 10/16 at 9:45am pst to talk about his book, Happy Accidents: The Transformative Power of “Yes, And” at Work and in Life 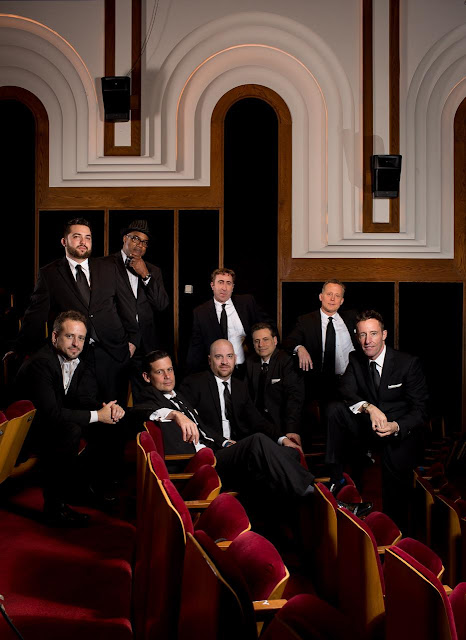 Success is no accident – in fact, it’s an attitude. And no one knows that better than one of the country’s most enduring and successful improv comedy troupes, Four Day Weekend. For 20 years, Four Day Weekend has been delighting audiences with their uproarious improvised performances from their Ft. Worth theatre, and have magnified their success through producing commercials, products, and live events, and are now bringing the secret of their success to publication.

Happy Accidents: The Transformative Power of “Yes, And” at Work and in Life, to be published by Wiley in September 2017, teaches each reader how to facilitate a positive attitude and make the most of every opportunity by bringing the most valuable and productive skills from improvisation into your daily work and home life. “It’s a semi-autobiographical account of our journey over the last 20 years,” explains co-founder and co-author David Wilk. As their show’s success in the early days continued, the group quickly realized “We were running a business,” says Four Day Weekend’s Frank Ford. “We are not business people, and in those days, we were eighty percent show, twenty percent business. Now, we’re 80% business and 20% show.”

That shift required adopting a way of thinking that is the key to the secrets revealed in Happy Accidents. “The philosophy of ‘yes, and,’ worked so well for us on stage,” Ford continues. “We asked, well, what if that was our business model as well? It not only opened up our ability to communicate within the group, but opened us up to so many different business opportunities.”

One story in the book – about how the group parlayed an under-funded offer from a major company into a positive magazine article that eventually lead to delivering a major keynote presentation to members of the US Congress and meeting the President and performing for the troops – exemplifies how “we use the ‘yes, and’ philosophy to find solutions,” says Wilk. It’s worked for the group – in spades. A weekly comedy show and the ‘yes, and’ perspective have elevated the group to the point where they are now “Entrepreneur In Residence” at the business school at Texas Christian University.

“Business books rarely use the word ‘empathy,’” admits group member and co-author David Ahearn. “But the ‘yes, and’ philosophy helps you as a person. You look at life differently – you don’t see mistakes, you don’t see obstacles – you see workarounds, choices. You learn about active listening, how to be a better communicator.”