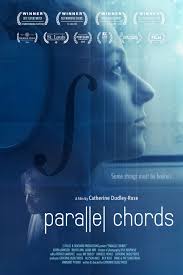 “PARALLEL CHORDS" is the true story of a young violinist struggling to assert her individuality amidst the intense pressure of her pianist father and the formidable weight of her own musical ability. The film stars Rachel Ann and veteran actor Bjorn Johnson, with cinematography by Kyle Krupinski.

The film screened during the festival circuit last year at Woods Hole, MA, KC, Portland Oregon, Columbus, Charlotte, and was chosen as 1 of 5 films by first time feature directors in the New Filmmaker's Forum of St. Louis International Film Festival. 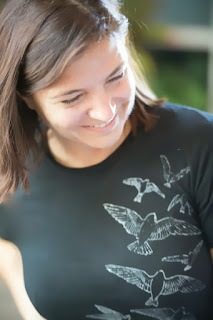 Catherine is an award winning writer/director, actress and musician. She has taught at the NY Stage & Film Program, the Broadway Theater Institute, and been a guest artist, director and performer internationally. She is a National Film Challenge winner, and an Emerging Director finalist in Seattle. She was a kick off speaker for the Citizen Jane Film Festival, celebrating female directors, and recently chosen to receive a RAC grant. She is an NEA funded grant recipient, for her feature length screenplay Parallel Chords and has been commissioned to write three other screenplays. She was awarded “Best Feature Writer” at the LA Femme International Film Festival for her debut feature film, which also won Best Narrative Feature, Best Cinematography, Best Production Design, and was nominated for the Emerging Director / New Filmmaker Forum in the St. Louis International Film Festival.

Additionally, she has created music for MTV, done string arrangements for Platinum selling Kate Nash, has performed on violin for an audience of 80,000, has recorded and/or performed w/Grammy artists, and numerous musicians of different styles. She has worked multiple times with favorite Theater World award winner, and recording artist Nellie McKay. As an actress, she has been in dozens of films, TV, and stage productions in New York and internationally.
Posted by Get the Funk Out! at 4:08 PM