6/1/20 @9:00am pst - Beatie Wolfe is an Anglo-American award-winning, pioneering singer-songwriter known for "seeing music differently" and creating new tangible formats for albums in the digital era. 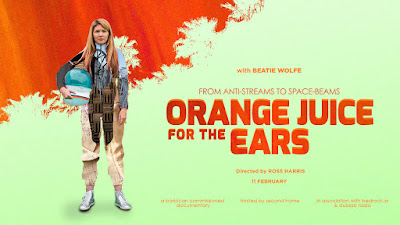 ORANGE JUICE FOR THE EARS: THE FILM

LISTEN to the show

‘Orange Juice for the Ears: from Space Beams to Anti-Streams’ is a Barbican commissioned documentary about Beatie Wolfe’s music, innovations & approach, directed by Ross Harris. The film premiered at the Barbican Centre with the Evening Standard’s editor-in-chief hosting the night. An LA private preview was held at Second Home Hollywood with Variety’s James Patrick Herman holding the Q&A. The digital premiere was held by Dezeen’s Virtual Design Festival with the documentary available online until the festival close on the 20th of June 2020. 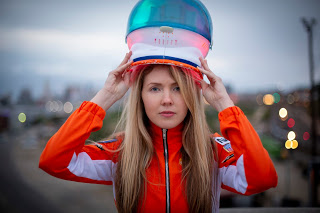 
“Musical weirdo and visionary” (Vice) Beatie Wolfe is an artist who has beamed her music into space, been appointed a UN role model for innovation and held an acclaimed solo exhibition of her ‘world first’ album designs at the V&A Museum

Named by WIRED as one of "22 people changing the world,” Beatie Wolfe is at the forefront of pioneering new formats for music that bridge the physical and digital, which include: a 3D theatre for the palm of your hand; a wearable record jacket - cut by Bowie and Hendrix’s tailor out of fabric woven with Wolfe’s music - and most recently an ‘anti-stream’ from the quietest room on earth. Wolfe is also the co-founder of a “profound” (The Times) research project looking at the power of music for people living with dementia.

The Barbican recently commissioned a documentary about Beatie Wolfe's pioneering work titled "Orange Juice for the Ears: From Space Beams to Anti-Streams"