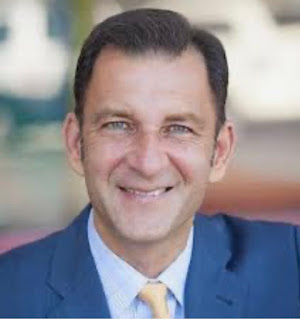 
WATCH  or LISTEN to Dr. Melillo
in conversation with host
Janeane Bernstein, Ed.D.

One of the most respected specialists in childhood neurological disorders in America, Dr. Robert Melillo has been helping children overcome learning disabilities for over 30 years. His areas of expertise include: autism spectrum disorders, PDD/NOS, ADD/ADHD, OCD, dyslexia, Asperger’s, Tourette’s, bipolar disorder, and other mental, attention, behavioral and learning disorders. He is also an expert in diet, nutrition and neuroimmune disorders in children and adults.

As a clinician for 30 years, a university professor, brain researcher, best selling author, radio and TV host, his cutting-edge research and success with over a thousand children in his private program are what led to the creation of Brain Balance Achievement Centers. Dr. Melillo has a private practice now that helps adults and children with various learning disabilities. He is focused on addressing the primary issue in most learning disabilities and behavioral disorders which is known as a functional disconnection. Since he introduced this concept, functional disconnection has become one of the leading theories in the world related to Autism, ADHD, Dyslexia and more. This work is leading the way toward understanding the underlying nature of these disorders and their causes.

In 2004, Dr. Melillo published Neurobehavioral Disorders of Childhood: An Evolutionary Perspective, a working theory textbook on developmental disabilities. This book continues to be utilized on both a graduate and undergraduate level in Universities around the world. It has been translated into Korean and Chinese. However, it was Dr. Melillo’s best-selling 2009 book, Disconnected Kids, that catapulted him to national prominence. Greeted with overwhelming positive response, the thesis of that book serves as the foundation for the work being done at Brain Balance Centers around the country. Dr. Melillo’s leadership in the field, as well as his personal dedication to the creation of a drug-free multi-modal educational program for children with ADD/ADHD, dyslexia, Asperger’s, and autism spectrum disorders, have made him one of the most sought-after speakers on the subject today, both in the U.S. and abroad. Disconnected Kids has been translated into Chinese, Korean and Hebrew and there are French and Italian versions being completed now. He completed the second edition of Disconnected Kids, released in March of 2015.
Posted by Get the Funk Out! at 11:53 AM