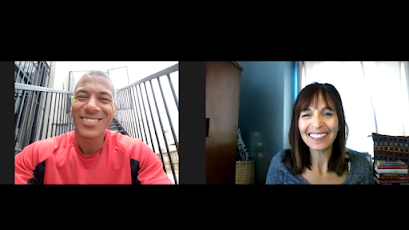 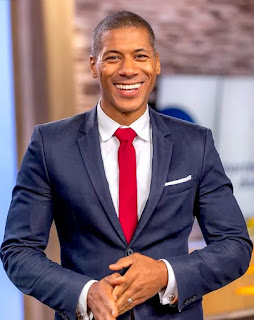 A veteran television host, social media influencer, and author, Shannon LaNier has been keeping audiences tuned in his entire life. Shannon currently co-anchors the CW39’s Morning Show in Houston, TX. You can catch him on TV every weekday from 6-9am & on demand at www.CW39.com.

As a father of 3, he also hosts the critically acclaimed podcast, “Daddy Duty 365” which features celebrity dads revealing the good, the bad and the funny of fatherhood. Previously, Shannon hosted “Arise Entertainment 360,” a daily culture and entertainment series that previously aired on BET's sister station, Centric, and on cable providers globally. Shannon is also known for his work as a correspondent and senior producer on Black Enterprise Magazine’s nationally-syndicated shows: “Black Enterprise Business Report” & “Our World With Black Enterprise.”

As a teenager in Cincinnati, Shannon got his first television job on “Real Exchange,” an Emmy Award winning talk show focusing on issues important to young people. After graduating from Kent State University, he made his New York City debut as a segment producer for the CBS2 Morning Show. But he didn’t waste any time getting in front of the camera. His next job saw him take on the multi-media journalist (One-Man-Band) role as a writer, director, editor, videographer, and reporter at News 12 Networks. Soon thereafter, he took a similarly comprehensive role at Fios1 News, where he recently returned, to anchor their weekend morning show.

Shannon is also a writer, having co-authored the Random House Inc. book Jefferson’s Children: The Story of One American Family along with photojournalist Jane Feldman. The book follows his journey to uncover the history behind his heritage as a 9th generation direct descendant of President Thomas Jefferson and his slave Sally Hemings. Additionally, Shannon has inspired audiences across the globe with captivating speaking engagements that touch on everything from his presidential lineage and Genealogy/Family Research to racial equality and his career in media.

At the end of the Obama administration, Shannon participated in the White House's My Brothers Keep initiative and the National Entrepreneurship Tour, bringing his signature brand of motivational humor to packed live audiences around the country. He’s now hosting a nationwide Small Biz Challenge for The UPS Store & Inc. Magazine. Gifted with undeniable charisma and an energy that electrifies the stage, Shannon truly comes alive in the spotlight. Whether he’s hosting a TV show, speaking to a packed auditorium, or emceeing a live event—this is one Renaissance man who can’t help but draw a crowd. A former executive at CBS said it best: “Once Shannon’s “on,” the audience is glued. He’s born to be a star.” Despite his full schedule, Shannon remains an active member of his church, the Alpha Phi Alpha Fraternity Inc., and the National Association of Black Journalists. He currently lives between Houston & NYC with his wife/college sweetheart Chandra and their three Little LaNiers… Madison, McKenzie and Carter.
ABOUT DADDY DUTY 365
Daddy Duty 365 is an opportunity for the world to be a fly on the wall as our favorite stars go beyond their latest movie, album or comedy show and expose the fun, crazy and unpredictable lives of real Dads on Duty 365 days of the year. Listeners are sure to be drawn in by the laughter, unfiltered truth and advice they receive from the person that in one way or another is always in their life through their entertainment, news or social careers. Besides talking about your life as a dad you are of course welcome to promote any projects you are working on.
This weekly broadcast is hosted by Emmy Award-Winning TV Show Host, co-author of the Random House book Jefferson’s Children (as the 6th Great Grandson of Thomas Jefferson/Sally Hemings) and father of 3, Shannon LaNier. Daddy Duty 365 is scheduled for a soft launch on November 12th, 2019. However, the official big launch is scheduled for January 8th, 2020.

News & Entertainment Reel
https://tinyurl.com/y7t7x8bl
Posted by Get the Funk Out! at 7:34 AM