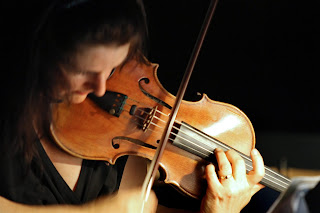 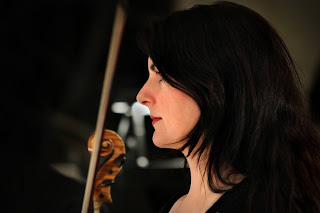 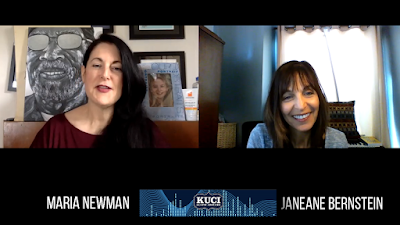 “Hugely musical, bewitching, witty, profound and playful, with an instantly recognizable and unusually appealing musical personality, Maria Newman is one of the most charming and distinctive composers of her generation.” Jim Svejda, NPR’s “The Record Shelf Guide to the Classical Repertoire”/KUSC Radio.

American composer/conductor/violinist/violist/pianist and educator Maria Newman has been commended and recognized by the U.S. Congress for her work in the field of music composition, performance, and recording, as well as earning accolades as an Annenberg Foundation Composition Fellow, a Mary Pickford Library & Foundation Composition Fellow, and a Variety American Music Legend.

“This is real genius.” Fanfare Magazine. As composer and performer, Newman’s original concert works, as well as scores for film and historic silent films, are presented around the globe in the world’s major municipalities, including such domestic venues as Carnegie Hall, the John F. Kennedy Center for the Performing Arts, the U.S. Capitol Building on Capitol Hill and the National Archives in Washington D.C., William Randolph Hearst Castle Private Theater, the President’s Own Marine Band Barracks, Nokia’s NOVO Theatre, NYC’s Symphony Space, the Clarice at UMD, the Music Scoring Stages of 20th Century Fox, MGM, Paramount, Sony, Universal, and Warner Bros., to name but a few. Newman continues to be featured regularly on radio and television worldwide in live recorded concert performances/spotlight interviews on broadcasts such as CBS Sunday Morning, and National Public Radio's From the Top with Christopher O'Riley. A George Wellington Miles Scholar of Yale University, Newman is a passionate advocate for the strength of storytelling and the power of human understanding within our universal language of music, and she has been privileged to partner with many commissioning organizations and world-class performers in composing and presenting her works to the concert-going public and beyond.

Educated at Yale University (MM) and the University of Rochester’s Eastman School of Music (BM; Pi Kappa Lambda; magna cum laude), Newman is currently Composer-in-Residence, soloist, and concertmaster with the Malibu Coast Chamber Orchestra, and Viklarbo Chamber Ensemble, (with whom she has earned multiple grants from the National Endowment for the Arts), and is Music Director and Conductor of the Malibu Coast Silent Film Orchestra. Often in the international spotlight, Maria Newman was the acclaimed soloist in Miklos Rozsa’s Viola Concerto with the Nuremburg Symphony (Germany) on the GRAMMY Award-winning Symphonic Hollywood CD, (Varese Sarabande label), and served as solo violinist and physical animation inspiration for the character of “The Grasshopper” in the 1996 Walt Disney release of Tim Burton’s, James and the Giant Peach.

Along with musical partner/husband, conductor and producer Scott Hosfeld, Newman has presented an award-winning live classical concert series at the Montgomery Arts House for Music and Architecture (MAHMA, Malibu) for the past fifteen seasons. During this unprecedented era in which we find ourselves staying close to home, the two have already broadcast 5 streaming events featuring the resident musicians actually living at the venue. A virtual summer festival is planned for August 20th – 30th, 2020. Please visit: www.malibufriendsofmusic.org for more information.

Often referred to as the “Musical Newman Family Dynasty,” Maria Newman is the daughter of 9-time Academy Award-winning composer, Alfred Newman; the sister of Academy Award-nominated film composers and conductors Thomas Newman and David Newman; and the cousin of Academy Awardwinning singer-songwriter and film composer Randy Newman. Maria Newman’s music/recording studio is based in Malibu, California, in a beautiful California craftsman venue designed by renowned architect, Eric Lloyd Wright, of the Frank Lloyd Wright family of architects.
Posted by Get the Funk Out! at 6:50 AM