Director/writer Jillian Armenante joined me today at 9:30am to talk about her women-in-prison comedy series Kittens in a Cage!

If you missed Jillian on today's show, listen to
our conversation here.

Here is the official Trailer...
http://youtu.be/80sJIclvIAU 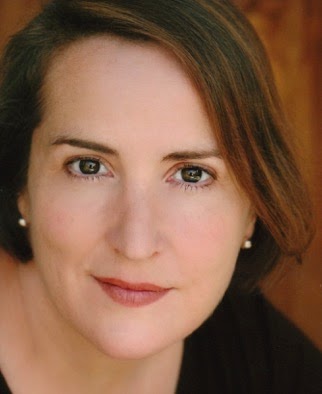 Jillian Armenante is an actress, writer, director, producer.  She executive produced, wrote, directed and acted in the original series KITTENS IN A CAGE based on the play by Kelleen Conway Blanchard, with such actors as Michelle Monaghan, Tyne Daly, Constantine Maroulis, Misha Collins, Joel McHale, Amy Brenneman and dozens more. Kittens in a Cage is released internationally on Vimeo and in North America on Hulu and through the website www.kittensinacage.com. She recently returned from Iraq where she participated, on a grant from the US State Department, as a director for the ART OF SOCIAL JUSTICE FESTIVAL and the Iraqi premiere of Heather Raffo’s NINE PARTS OF DESIRE. She directed the West Coast Premiere of We Are Proud to Present a Presentation About the Herero of Namibia, Formerly Known as Southwest Africa, From the German Sudwestafrika, Between the Years 1884-1915 by Jackie Sibblies Drury at the Matrix Theatre in Los Angeles. The play was LA Times Critics Pick, LA Weekly Pick of the Week and Ovation Award recommended. She produced and directed the world premiere of LOVE LOVES A PORNOGRAPHER by Jeff Goode with Circle X Theatre in Los Angeles. It won a Drama Critics Award and received several Garland Awards including “Best Director”. Also with Circle X she produced, directed and co-wrote LAURA COMSTOCK’S BAG-PUNCHING DOG. The show received both the Theatre LA’s Ovation Award and the L.A. Weekly Award for World Premiere of a Musical. She also produced, directed and co-wrote IN FLAGRANTE GOTHICTO at Circle X which received the LA Drama Critic Circle Awards for Writing, Directing and Production as well as the Ted Schmitt Award for "Most Outstanding Debut of a New Play". It also won the LA Weekly Award for Playwriting and Comedy Ensemble and Garland Awards for Production, Direction, Writing, Ensemble. IN FLAGRANTE GOTHICTO was also produced by Seattle’s The Empty Space. Also with Circle X, she directed and produced the world premiere GREAT MEN OF SCIENCE, NOS, 21 & 22 by Glen Berger. The show received a Theatre LA Ovation Award for Best Production in a small theatre, and The LA Weekly Award for Best Production.

Her film acting credits include HAIL,CEASAR!, THE DARK KNIGHT RISES, BAD TEACHER, A MIGHTY HEART, NORTH COUNTRY and GIRL, INTERRUPTED. Her TV acting credits include BETTER CALL SAUL, FRESH OFF THE BOAT, SCANDAL, SHAMELESS, PARTY DOWN, CASTLE, THE CLOSER, PRIVATE PRACTICE, GREY’S ANATOMY, E.R., Six Feet Under, The West Wing, and Northern Exposure. She was a series regular as Donna on the CBS Drama JUDGING AMY for which she won a TV Guide Award. Jillian’s theatre acting credits include The Cider House Rules by John Irving, adapted by Peter Parnell and directed by Tom Hulce at the Seattle Repertory Theatre, The Mark Taper Forum and at The Atlantic Theatre in NYC. For this performance she received a Garland Award and a Theatreworld Award for "Debut on the New York Stage" as well as a Drama Desk nomination.

She is the President of STOIC ENTERTAINMENT INC, a production
company currently developing two feature films and an original web
series.

She is represented as an actor by in Los Angeles by DOMAIN TALENT and FRAMEWORK ENTERTAINMENT.
Posted by Get the Funk Out! at 11:17 AM