Actor/architect/designer James Wilder joined me Monday at 9:30am pst!

Had a great time chatting with James Wilder on the second half of today's show! If you missed James, listen to our conversation here! 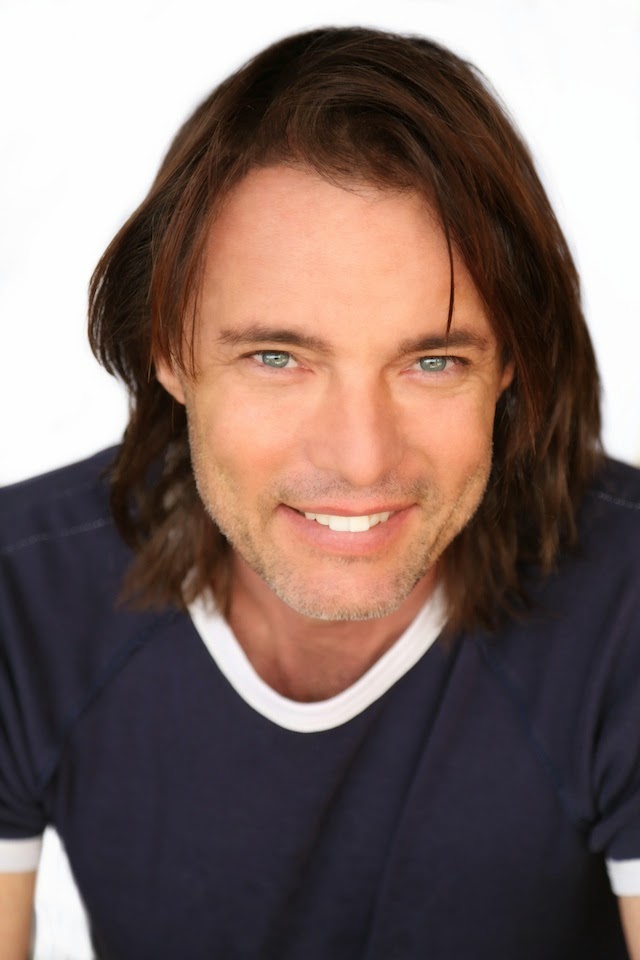 Neil Young wrote that it’s better to burn out than fade away. But for actor/architect/designer James Wilder neither option is acceptable. Juggling artistic mediums like the three running chainsaws that earned him notoriety on the streets of New York and Los Angeles -- and later on stages throughout Europe -- Wilder is that rare breed of artist that is not drawn to the flame of fame and fortune but rather the exhilaration of a new challenge.

Committing only to that which truly inspires him -- be it a film, TV or stage role, designing award-winning Hollywood Hills homes or an exclusive line of leather jackets and jewelry -- Wilder has been successfully merging creative spirit with entrepreneurial instincts since his early teens. It was then that he first discovered he could earn more money as a fire-eating/knife-throwing street performer than bagging groceries. And it was far more fun.

Almost always judicious in his career decisions, it’s been a while since Wilder found a project compelling enough to distract him from his other ventures. But the opportunity to play a duplicitous washed up screenwriter in the soon-to-be- released indie psychological thriller “Three Holes And a Smoking Gun” (formerly titled “Three Holes, Two Brads, And a Smoking Gun”) was just too juicy a role to pass up.

Similarly graced with nearly universal critical praise for its incisive script and powerful acting, “Three Holes…” has even earned comparison to Robert Altman’s award-winning anti-Hollywood classic “The Player”: Writes Film Threat Magazine” “Three Holes and a Smoking Gun managed to make a film about struggling screenwriters alluring and engaging… The level of moral bankruptcy that reveals itself reminded me of The Player and if you’re going to find comparisons to a film, that’s not a bad one to have.”

Of his searing portrayal of Bobby Blue Day, the London Film Review decrees that Wilder delivers: “an excellent performance… burning up the screen… and never less than believable… It’s a great role and Wilder more than does it justice… In Bobby Blue Day, Wilder and writer Scott Fivelson have given us a highly memorable screen creation.”

Concurs online site megamusta.com: “Despite being a low-budget film, (“Three Holes And A Smoking Gun”) provides big-budget drama. Where most films go for flash and computer graphics this film honors past “Who Dunnits” in the style of Agatha Christie by being driven purely by dialogue. And how that dialogue is translated can only come from good acting. Wilder… creates a character who is dangerously unpredictable, disturbing, and desperate beneath a veneer of charm; charm that is deceiving.”

Bubblenews.com observes that “(It is) a dark, and occasionally comedic (in an understated and visceral sense) sleuth film in the vein of a good Agatha Christie novel… (this is) intelligent writing at its best,” while Film Industry Network definitively states that for those who have ever “wondered what happened to smart, well-written movies”… Three Holes And A Smoking Gun is the answer.”

Raised in the bohemian enclave of Sausalito (outside San Francisco) where he attended an all-boys advanced learning institute, Wilder’s paradoxically liberal upbringing allowed for the kind of creative freedom from which his maverick tendencies were born. At the age of 14 Wilder was living in his mother’s native Paris, regaling audiences with his one man show at such legendary venues as the Moulin Rouge and Lido and later on Broadway. While there, he performed with the Nouveau Cirque De Paris, the precursor to Cirque du Soleil, before making his way to LA where he lived for several years in his customized van.

As his legend grew so too did his opportunities, his charisma and movie star good looks soon propelling him into the world of acting. “I never set out to be an actor,” he admits. “But with so many people urging me to give it a shot, I succumbed to the temptation.”

It wasn’t long before Wilder nabbed a role in the Broadway hit “Sugar Babies” while studying at the famed NY Actors Studio, at which he was later inducted as a member. Upon returning to LA his impressive range and determination quickly earned him a reputation as a fearless and committed actor. TV and film roles rolled in. Some were great, highlighting his scope, others not so much. But the one thing that remained constant was the recognition of his talent. From his breakout role as the troubled addict son of Ed Asner in the ABC Circle Theater presentation “Cracked Up” to his heralded star turn in the Emmy-award winning one hour legal drama “Equal Justice” (with Sarah Jessica Parker) and evocative characterization of a drug-dealing seducer on “Melrose Place,” Wilder metamorphosizes with Kafka-esque ease from sleaze to tease, charming marauder to murdering psychopath… and virtually every persona in-between.

His film work included such diverse projects as “Scorchers” with icons Faye Dunaway and James Earl Jones, “Flypaper” opposite Lucy Liu, and “Nevada” alongside Angus McFadden and Gabrielle Anwar. He also appeared in (starred) “The Coriolis Effect,” which won The Grand Prize (in its category) at the Venice Film Festival. But it was his scorching depiction of serial killer Carl Isaacs in the acclaimed Miramax film “Murder One” that definitively thrust him into the limelight. Having spent an entire day with the prisoner at Atlanta’s Reedsville State Penitentiary, Wilder embodied the dark and sinister psyche of a deranged murderer with chilling acuity. Or as the New York Times wrote: “James Wilder, as Carl Isaacs, is a thoroughly malevolent character, one in whom evil rather than insanity seems to prevail.”

As his star ascended, Wilder was featured in the pages of Vanity Fair alongside Alec Baldwin, Meg Ryan, Robin Wright, and Keifer Sutherland, GQ, Detour, and many other high profile titles. Often disinterested in the mainstream roles coming his way, he began turning his attention to the more provocative world of independent films and his passion for design and architecture.

Untrained as an architect or interior designer, Wilder’s keen eye and distinct vision has transformed a dozen empty lots throughout California into panoramic living art. From gothic to baroque, sleekly modern to vintage chic, each of designs boasts a singularly unique aesthetic, one of which was recognized by HGTV as among LA’s top three most outstanding properties alongside a Frank Lloyd Wright design.

When not constructing homes, acting or designing, Wilder can often be seen searching for vintage treasures or working on one of his classic cars and Indian motorcycles. Boredom and routine does not suit a man who is fueled by the thrill of the unknown and the rush of a challenge. Seems he’ll always keep us guessing as to his next move.