Orange County’s premier art house cinema, THE FRIDA CINEMA, and Los Angeles-based CHASING LIGHT PICTURES, LLC are bringing acclaimed documentary-drama WEAVING THE PAST: JOURNEY OF DISCOVERY to The Frida Cinema in Santa Ana, for an exclusive engagement from Saturday, May 2 to Thursday, May 7 - Walter Dominguez, Producer/Director/Writer and his wife Executive Producer Shelley Morrison, "Weaving the Past: Journey of Discovery" Chasing Light Pictures, LLC joined me Monday at 9:30am pst!

The Frida Cinema (a non-profit cinema) in Santa Ana, Ca has extended the film, Weaving the Past: Journey of Discovery there from Sat. May 2 until Thurs May 7. The Frida Cinema shows outstanding art house films, and independent films and documentaries - a great place. A previous fundraising event on Sunday Feb 8 which got a tremendous response!

If you missed Walter and Shelley on
today's show, listen here! 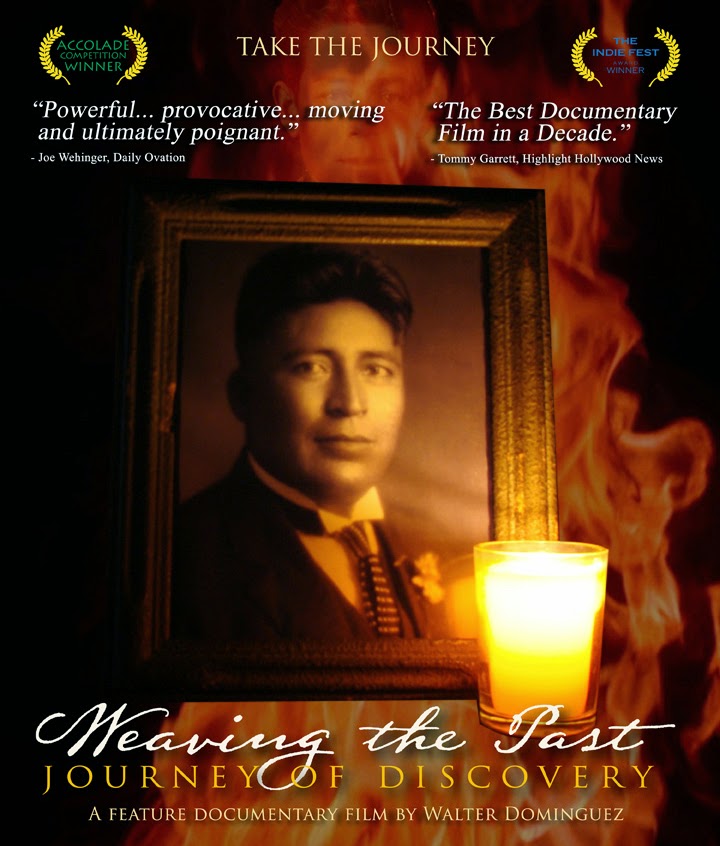 SANTA ANA, CA - Orange County’s premier art house cinema, THE FRIDA CINEMA, and Los Angeles-based CHASING LIGHT PICTURES, LLC are bringing acclaimed documentary-drama WEAVING THE PAST: JOURNEY OF DISCOVERY to The Frida Cinema in Santa Ana, for an exclusive engagement from Saturday, May 2 to Thursday, May 7.

Written and directed by prize-winning Los Angeles documentary filmmaker WALTER DOMINGUEZ who is of Mexican and Mexican-American heritage, Weaving the Past: Journey of Discovery has won over audiences and gained tremendous grassroots support. Personal, powerful and inspirational, Weaving the Past follows Walter’s decade-long quest to find crucial missing pieces in his grandfather Reverend Emilio Hernandez’s life, learn about the wider historical forces that compelled him to immigrate from Mexico to the United States at the turn of the last century, and locate his long-lost family of origin in Mexico. The film is an unforgettable journey into the past that vividly celebrates the family, history, and culture that shape us.

The Frida Cinema - a non-profit center for cinema - is dedicated to bringing quality independent and classic documentaries and feature films to audiences in Orange County and beyond. Chasing Light Pictures, LLC has as its mission to bring the untold stories of the history, struggles and achievements of Latino immigrants and their descendants to audiences in the United States and elsewhere. Together these organizations are outreaching to Orange County’s large and vibrant Latino community, and the many other diverse communities living and working here, to bring them this outstanding film that has been embraced by so many during its successful engagement in Pasadena.

The Frida Cinema’s Founder and Executive Director, LOGAN CROW, says: “We are so excited and proud to present this film here. One of our priorities and goals is to bring great films that speak from the unique perspectives of filmmakers outside the Hollywood studio mainstream and that authentically reflect the histories, cultures and values of our amazingly diverse communities. Our cinema is located in the heart of Santa Ana’s revitalizing historic core – an area rapidly becoming an exciting creative center. The Frida Cinema is playing an important role in this process, and we want to make certain that we are forming strong bonds and connections with the diverse surrounding communities and serving them too. The Mexican immigrant and Mexican-American communities have been here since the 18th and 19th centuries, and this film pays honor to this important Southern California heritage.”

Executive Producer SHELLEY MORRISON, who starred as “Rosario” in the groundbreaking television comedy series, “Will & Grace", took on the role of producing Weaving the Past in order to ensure that this film, which required thirteen years to complete, was made with its original vision intact: “For the filmmaker Walter Dominguez, who also happens to be my husband, it was an emotional, spiritual and transformative journey for him as he uncovered the secrets and people of his grandfather’s early life. It changed our lives, and those who see the film will find their lives deeply affected, too.” 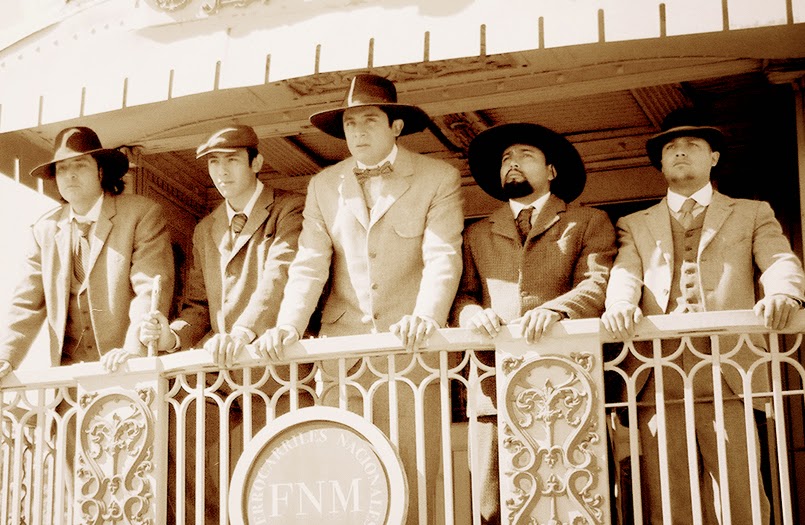 Shelley adds, “Weaving the Past already has generated an aura of excitement and enthusiasm in the Latino/Mexican-American community, and the remarkable thing is that the film also crosses over and reaches people of all ethnic backgrounds. People will discover that this is a meaningful way to celebrate Cinco de Mayo, and come away with a deeper appreciation of their history, culture and heritage, and that of their neighbors next door.”

TICKETS CAN BE PURCHASED ONLINE AT: http://thefridacinema.org/event/weaving-the-past/


For more information about “Weaving the Past” go to www.weavingthepast.com

And Facebook.com/Weaving the Past: Journey of Discovery