If you missed Scott Ehrlich on today's show, listen here! 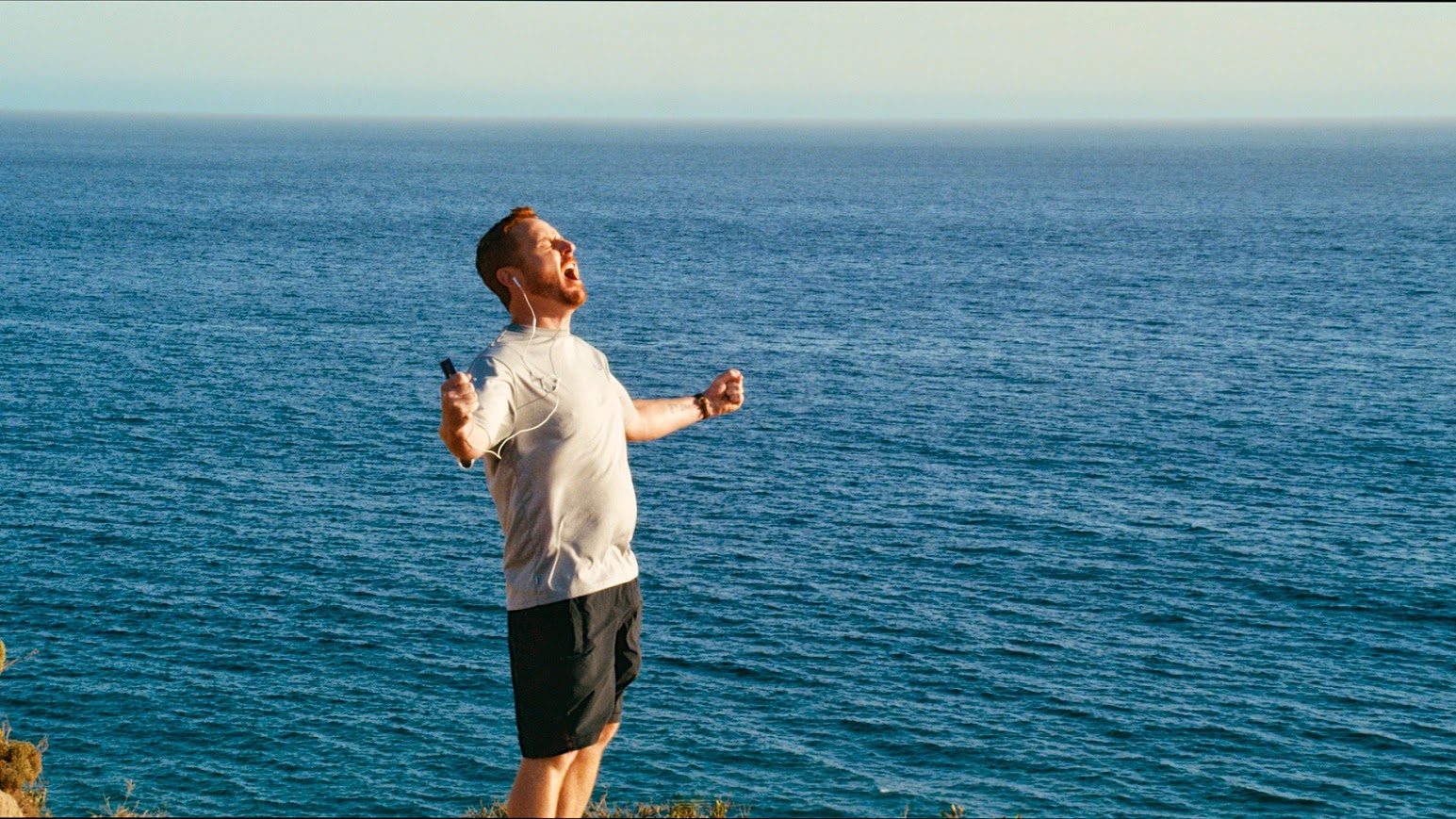 Synopsis: Richard Whiner is dying. With three months to live, Whiner is desperate to create a legacy and give his life meaning. Pearly Gates is a comedic musical about wanting to be remembered and learning that the only way to truly live on is in the hearts and minds of the people around you.

ABOUT SCOTT EHRLICH
Scott Ehrlich (Writer, Director, and Producer) always had the dream of being in a musical, but two things prevented him from realizing his dream: He can’t  sing or act. The answer would be to write an original musical for the stage! Pearly Gates: the Musical was written, directed and produced by Ehrlich. He also starred in the musical which was performed over two months in 2011 in front of 3000 people in 3 theaters in Los Angeles: The El Portal, The Lancaster Performing Arts Center, and The Thousand Oaks Performing Arts Center. 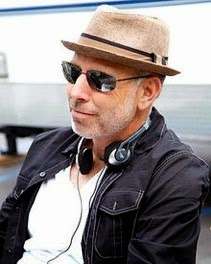 Off stage and screen, Ehrlich is a real estate developer, businessman and filmmaker. He is a partner of InSite Development, LLC which owns and manages 3500+ apartment units and 320,000 square feet of commercial throughout Southern California. He is best known for revitalization and redevelopment of downtown Lancaster, California. Ehrlich began his real estate career in 1986, specializing in the financing and development of affordable housing projects using Low Income Housing Tax Credits, Tax Exempt Bond Financing, HUD Section 202 Loans, Redevelopment Set Asides Funds, Mello Roos Districts, Community Development Block Grant Funds, Century Freeway Housing Loans, and CRA programs. Over the past 18 years, Scott has worked with redevelopment agencies, municipalities, and private developers to fund in excess $114 million dollars for affordable housing projects. Through his creative expertise in financing, construction, and development, Scott has acquired and managed in excess of 2,000 units since 1996. He is married with two daughters and a son. 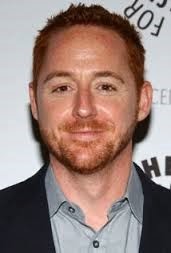 Scott Grimes ("Whiner") is a singer, songwriter, actor, and voice artist. He currently voices “Steve Smith” on the hit show American Dad.  Some of his most prominent roles include appearances in ER as Dr. Archie Morris, Party of Five as Will McCorkle, and Band of Brothers as Technical Sergeant Donald Malarkey. He is also well known by cult fans for his role as Bradley Brown in the first two Critters films.
Grimes's film credits include the dark comedy Who's Your Monkey and Ridley Scott's Robin Hood with Russell Crowe and Cate Blanchett. As a singer, Grimes is best known for co-writing and performing the soft rock single "Sunset Blvd", which spent several weeks on the Billboard charts. 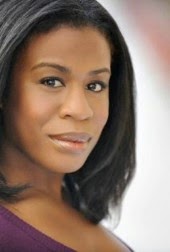 Uzo Aduba  ("Corrie") makes her feature film debut in Pearly Gates and has emerged as a breakout star for her impressive work in television and theater.
Aduba currently stars as Suzanne “Crazy Eyes” Warren in the critically acclaimed Netflix Original Series Orange is the New Black. For her role, Aduba won the 2015 Screen Actors Guild Awards for “Outstanding Actress in a Comedy” and was a part of OINTB’s win for “Best Ensemble in a Comedy.” She also won the 2014 Emmy Award for “Outstanding Guest Actress in a Comedy” and the 2014 Broadcast Television Journalists Association Award for "Best Guest Performer in a Comedy." With her SAG and Emmy honors, Uzo became the first African American actress to win the award in each category. She was also nominated for the 2015 Golden Globe Award for "Outstanding Supporting Actress in a Series, Mini-Series, or TV Movie."
Aduba recently wrapped production on Michael Wilson’s Showing Roots alongside Maggie Grace. Before starring on television, Aduba made her Broadway debut in Coram Boy in 2007 followed by the hit musical revival of Godspell in 2011. She was nominated for a Helen Hayes Award for Best Supporting Actress in a play for her work in the Kennedy Center/Olney Theater production of Translations of Xhosa. 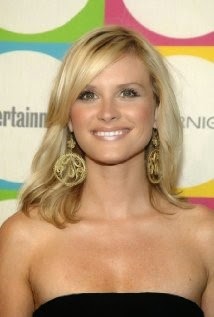 Bonnie Somerville (“Sharon”) recently wrapped production on the CBS pilot Code Black opposite Marcia Gay Harden. Prior to that, she was the lead in the CBS series Golden Boy and starred in the films Seven Below Zero with Val Kilmer for director Kevin Carraway, and Fire with Fire with Bruce Willis for director David Barrett. Among her notable credits, Somerville has collaborated numerous times with creator Darren Star, on Cashmere Mafia opposite Lucy Liu, Frances O’Connor and Miranda Otto, Kitchen Confidential with Bradley Cooper, and Grosse Pointe in 2000.
A talented singer-songwriter, Somerville wrote and performed the original song “Winding Road” on the Garden State Soundtrack, which won the Grammy for Best Soundtrack of The Year in 2005 and her new EP is available on iTunes. For television, she has also starred on the hit series NYPD Blue for its last season, and The O.C. Audiences will also remember her as Ross’ girlfriend Mona on “Friends” throughout season eight. 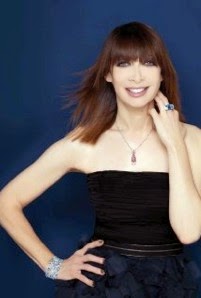 Illeana Douglas (“Karen”) is an actress, writer, and producer and studied at "The Neighborhood Playhouse." While working in New York as a stand-up comedian and sketch comedy artist, she got a job "screaming" for Martin Scorsese's The Last Temptation of Christ. This led to a long working relationship in the films New York Stories, Goodfellas and Cape Fear. She received critical acclaim as the suspicious sister of Matt Dillon in To Die For, as "Denise Waverly" in Grace of My Heart and "Roberta Allsworth" in Ghost World. On television, she has appeared on Entourage, Ugly Betty, and received an Emmy nomination as "Angela" on Six Feet Under. Her recent film roles include Return to Sender alongside Rosamund Pike and She’s Funny That Way with Jennifer Aniston and Quentin Tarantino for director and writer Peter Bogdanovich. 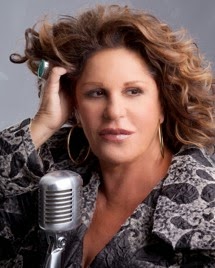 Lainie Kazan (“Millie”) began her film career in Dayton's Devils, starring alongside Leslie Nielsen. She was nominated for a Golden Globe for Best Actress in a Supporting Role - Motion Picture for her performance in My Favorite Year and reprised the role in the musical adaptation of the film, earning a Tony award nomination. She has also appeared in regional productions of A Little Night Music, Man of La Mancha, Gypsy, Who’s Afraid of Virginia Woolf?, Hello, Dolly!, and Fiddler on the Roof, among others.
Over the years, she became known for her appearances as boisterous mother types, notably in Beaches, 29th Street, and My Big Fat Greek Wedding. Her guest television roles have included Grey’s Anatomy, Modern Family, Desperate Housewives, King of Queens, and St. Elsewhere for which she received an Emmy nomination. 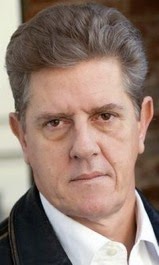 Sam McMurray (“Sol”) is an accomplished stage, television and film actor. His notable theatre credits include Translations, A Soldier's Play, Savage in Limbo, The Taking of Miss Janie, Kid Purple, Comedians and Gray Spades. He is a long time member of Ensemble Studio Theater and a veteran of many summers at the Eugene O'Neill Playwrights conference.
McMurray was a regular on The Tracey Ullman Show and had a raft of guest starring roles starting with Hill Street Blues to, most recently, Murder in the First. Television series regular credits abound including Likely Suspects, A League of Their Own, Matt Waters, Medicine Ball, Stand by Your Man, and his favorite, Dinosaurs. He has also had memorable recurring roles on King of Queens, Friends, Freaks and Geeks, Breaking Bad, Scandal and The Fosters.  Some of McMurray's notable film credits include the Coen Brothers' Raising Arizona, L.A. Story, Stone Cold, Mod Squad, Christmas Vacation and Addams Family Values, in which he essayed the legendary Herman Munster. McMurray is currently starring as Trent in ABC's hit comedy Cristela. 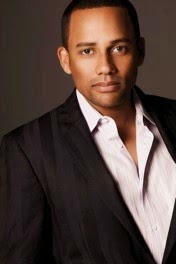 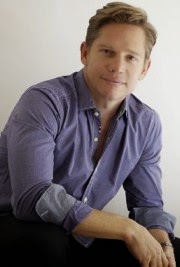 Jack Noseworthy (“Dan”) recently completed the features Julia, Needlestick and Tio Papi, all released in 2014. He also stared opposite Sutton Foster in the new musical The Circus in Winter for Playwrights Horizons. Currently, he is starring in Camelot at The Glimmerglass Festival, and plays Elliot in Two Point Oh, Jeff Jackson's new play at 59E59th St. His Broadway credits include Jerome Robbins Broadway, A Chorus Line and Sweet Smell of Success.
In the motion picture arena, he has worked with director Jonathan Mostow five times time in his career, most recently on the Bruce Willis action thriller The Surrogates. Jack’s other feature film credits include the independent favorites Pretty Ugly People and Phat Girlz, as well as Undercover Brother, Poster Boy, Unconditional Love, Event Horizon, and The Brady Bunch Movie. On television, Noseworthy appeared opposite Jonathan Rhys Meyers in the CBS EMMY winning miniseries Elvis, played Sissy Spacek’s son in A Place For Annie, and Anne Bancroft’s fantasy obsession in Mrs. Cage. 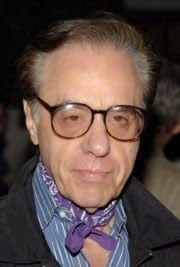 Peter Bogdanovich (“Marty”) at age 20 began directing plays Off-Broadway and in N.Y. summer theater at age 20. In 1966 he made his first film as director-writer-producer-actor with the cult classic, Targets, starring Boris Karloff in his last great film role, virtually playing himself. In 1971, Bogdanovich commanded the approving attention of both critics and public with The Last Picture Show, starring then-unknowns Jeff Bridges and Cybill Shepherd, Ellen Burstyn, and Cloris Leachman. The film received a total of eight Academy Award nominations, including three for Bogdanovich; Ben Johnson and Cloris Leachman won for Best Supporting Actor and Actress. A couple of years ago, the Library of Congress designated the film as a National Treasure.
Bogdanovich had a second huge success in 1972 with What’s Up, Doc?, starring Barbara Streisand and Ryan O'Neal. In 1973, his film Paper Moon got four Academy Award nominations and nabbed a Supporting Actress Oscar for nine-year-old Tatum O’Neal. His next films were Daisy Miller, Saint Jack, They All Laughed and Mask, which won an Academy Award and earned Cher a Cannes Best Actress Prize.
Bogdanovich has also directed The Mystery of Natalie Wood for ABC, Hustle, Tom Petty and the Heartbreakers Runnin’ Down a Dream, and She’s Funny That Way. His acting credits include The Sopranos, While We’re Young, Are You Here, Cold Turkey and The Between. Upcoming roles include Wet Paint, The Other Side of the Wind and The Tell-Tale Heart. 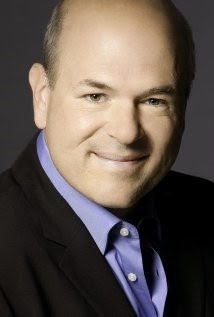 LARRY MILLER (“Rabbi”) began his career with a memorable scene alongside Richard Gere and Julia Roberts in Pretty Woman. He has since gone on to unforgettable roles in such films as The Princess Diaries, The Nutty Professor, Bee Movie and 10 Things  I Hate About You. He is also a proud member of Christopher Guest's ensemble cast in the films Waiting for Guffman, Best in Show, A Mighty Wind and For  Your Consideration.
Miller has made dozens of appearances on The Tonight Show with Jay Leno, The Late Show with David Letterman and Real Time with Bill Maher. He has also starred in his own HBO comedy specials and on Broadway in Neil Simon's play, The Dinner Party.  His other television credits include Desperate Housewives, Medium, Burn Notice, Law & Order and Seinfeld, in addition to a recurring role on Boston Legal.