Accomplished actress/author Lauren Weedman joined me Monday 9:00am April 6th on "Get the FUNK Out!" to chat about her latest role in the women-in-prison comedy series "Kittens in a Cage" and more! 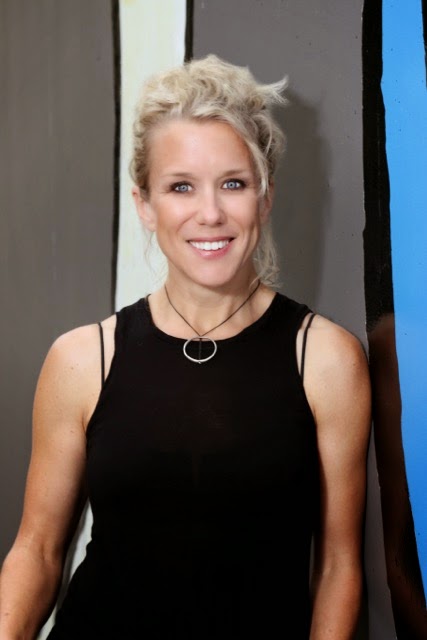 Actress and author Lauren Weedman joined me on "Get the Funk Out" Monday April 6th at 9:00am pst to talk about her latest role in the women-in-prison comedy series Kittens in a Cage, her numerous other television credits and more!

If you missed Lauren on today's show, listen to our conversation here.

Here is the official Trailer...
http://youtu.be/80sJIclvIAU

Lauren Weedman plays Doris, the lovable best friend and series regular on HBO’s dramedy LOOKING. The show, which follows a group of young gay men navigating the San Francisco dating scene, has enjoyed skyrocketing ratings while successfully working its way to the forefront of a greater cultural conversation. As one of the only women in the cast, Weedman’s unique and energetic persona, playing what she calls “essentially a version of myself”, has earned her a Critic’s Choice nomination and a returning spot as a series regular in the show’s second season, scheduled to air in 2015.

Before her work on LOOKING, Weedman appeared in a wide variety of roles, guest starring on MASTERS OF SEX, DADS, NEW GIRL, and ARRESTED DEVELOPMENT in 2013 alone. She has also appeared on TRUE BLOOD, RENO 9-11, CURB YOUR ENTHUSIASM, and as the recurring show stealer “Horny Patty” in HBO’s HUNG. For two years, Lauren was also a cast member for the long running local-turned-national comedy show ALMOST LIVE for Comedy Central. In film, she has also earned acclaim for her role in the Judd Apatow-produced THE FIVE-YEAR ENGAGEMENT, opposite Eddie Murphy in IMAGINE THAT for Paramount, and opposite Tina Fey and Steve Carell in the Fox feature DATE NIGHT.

In 2001, Weedman made her television debut on Comedy Central’s Emmy-Award winning THE DAILY SHOW WITH JON STEWART in 2001 as a featured Correspondent. It was at that same time that Lauren was a regular on NPR’s national, political satire show, REWIND and appeared in her solo show, HOMECOMING, Off-Broadway at the Westside Theatre. The New York Times said of Lauren and HOMECOMING, “Like Bob Newhart in his early stand-up routines, she’s particularly good at making her points – and making us feel clever. Most important, she’s just plain funny, physically and verbally”.

Between 2001 and 2008 she wrote, produced, and performed five one woman shows, earning her vast critical acclaim, including The Seattle Times’ “Best of Arts” award, The Alpert Award for the Arts in Playwriting, publication in Women’s Playwrights: Best of 2002, and the cover of LA Weekly’s comedy issue. In 2007, Sasquatch Books released her first book, a collection of comedic essays, A WOMAN TRAPPED IN A WOMAN’S BODY (TALES FROM A LIFE OF CRINGE) which the Kirkus Review identified as one of the Top Ten Indy Books of 2007.