Dava Sobel, one of the most prominent, critically acclaimed, bestselling narrative nonfiction writers, joined host Janeane Bernstein on KUCI 88.9fm Monday at 9:30am PST. Dava Sobel talked about her latest work,THE GLASS UNIVERSE: How the Ladies of the Harvard Observatory Took the Measure of the Stars. 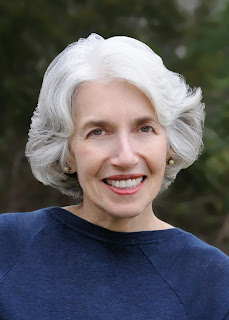 Did you miss Dava Sobel on today's show? Listen to our conversation here!

Dava Sobel is one of the most prominent, critically acclaimed, bestselling narrative nonfiction writers working today. A former science reporter for the New York Times, she is the recipient of the National Science Board's prestigious Individual Public Service Award, the Boston Museum of Science's Bradford Washburn Award, and many others. She has served as the editor for The Best American Science Writing, and even had an asteroid (#30935) named for her. A long-time contributor to The New Yorker, Audubon, Discover, Life, Omni, and Harvard Magazine. Sobel is the author of five books, including the New York Times bestsellers Longitude, Galileo's Daughter, and The Planets.


THE GLASS UNIVERSE: How the Ladies of the Harvard Observatory Took the Measure of the Stars 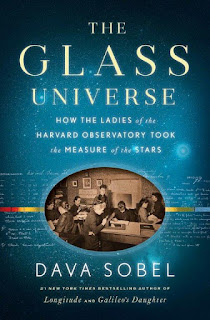 Viking is thrilled to publish Dava Sobel’s THE GLASS UNIVERSE: How the Ladies of the Harvard Observatory Took the Measure of the Stars this December. An important, chapter in the history of science, THE GLASS UNIVERSE is a great American story of discovery and progress that is only now being brought to light.

In the mid-nineteenth century, the Harvard College Observatory began employing a few women as calculators, or “human computers,” to interpret the observations their male counterparts made via telescope each night. As photography transformed the practice of astronomy, the women turned to studying the stars captured nightly on glass photographic plates. The “glass universe” of half a million plates that Harvard amassed in this period enabled the ladies to make extraordinary discoveries that attracted worldwide acclaim. They developed a classification system for the stars that gained international acceptance and is still in regular use. They also divined the surprising truth about the chemical composition of the heavens and helped establish a scale for measuring distances across space. Written in Dava Sobel's lucid prose and enriched by excerpts from letters, diaries, and memoirs, THE GLASS UNIVERSE (Viking; on sale: December 6, 2016; $30.00; 9780670016952) tells the riveting story of a group of remarkable women who expanded our knowledge of the universe, and whose discoveries are still being used today.

The book opens in 1882, at a New York dinner party for forty members of the National Academy of Sciences hosted by Mrs. Anna Draper, who made great contributions to the practice of astrophotography, and ends with Dr. Cecelia Helena Payne, who became the first female Professor of Astronomy at Harvard, and the first woman promoted to the rank of tenured professor in 1956. THE GLASS UNIVERSE is not only the story of the Harvard Observatory's female astronomers, who were among the first women to become members of international scientific bodies, and won numerous awards and fellowships for their work, it is also the fascinating story of the half a million glass plates they studied, now being digitized for ongoing research.

Readers of narrative nonfiction about women and science like Hidden Figures and The Girls of Atomic City; popular histories of ideas like The Age of Wonder and The Metaphysical Club; bestselling science and tech narratives by writers like Neil deGrasse Tyson; and fans of Dava’s own bestselling books are sure to enjoy THE GLASS UNIVERSE.