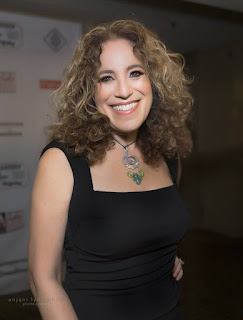 If you missed Laura B Whitmore on today's show,
listen here.

Laura B Whitmore is a lifelong songwriter and music industry veteran. Whether she’s operating her music marketing and PR business, blogging for Guitar World, organizing a mass group-guitar-jam attended by hundreds at Union Square, or working with the WiMN, an organization she founded which advocates for women in the music industry – there’s always been one constant in Whitmore’s life; songwriting.

Growing up in Massachusetts, Whitmore wrote her first song with her sister at age 7. “It was the theme of our fake weather show. We called it ‘Lollipops Hang From the Trees,’” Whitmore remembers. At age 13, after being exposed to Carly Simon and Carole King, Whitmore was inspired to pick up the guitar. “I was always making up songs and singing. My brother would constantly tell me to shut up,” she laughs. 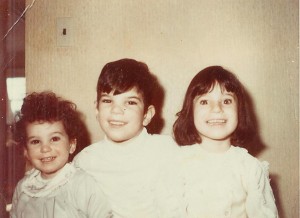 
In 2013 she launched her single “Have A Little Faith,” produced by Collective Soul guitarist Joel Kosche and mixed by veteran engineer Shawn Grove. Whitmore shares her inspiration. “It was one of those songs that just wrote itself,” she shares. “I think it sums up my philosophy on life. Even when things are terrible, you have to believe that it’s going to be okay. Otherwise, what’s the point?!” The acoustic guitar track is from the original demo and was performed by Whitmore’s live performance partner, Charles Besocke. Whitmore wrote many of the original songs she performs while taking Berkleemusic online songwriting courses and later a co-writing class with SongTown. She continues to co-write with a variety of partners and is working on a new project to be released by the end of 2016.


When she wears her business hat, Whitmore is the owner of Mad Sun Marketing, a boutique marketing and PR agency that focuses on the music and audio. She is the producer of the She Rocks Awards and the Women’s Music Summit, and the founder of the Women’s International Music Network.


Whitmore’s gear list includes a Taylor 314ce acoustic, Fender ’72 Pawnshop electric, and 65amps London Pro amplifier. Her go to mic for recording is an Audio Technica AT4050, but she also digs the Sterling Audio ST69 Tube Microphone. She regularly records with ProTools out of her home, so you might here a dog collar jingle or the pitter patter of large teenager feet in the background if you listen closely! 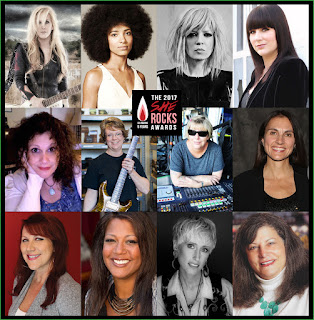 This year marks the 5th Anniversary of the She Rocks Awards! The She Rocks Awards pay tribute to women who display leadership and stand out within the music industry. Find out more about our honorees here. This year's show will feature co-hosts Christine Devine of KTTV FOX 11 and Tish Ciravolo of Daisy Rock Girl Guitars.

With featured performances, hors d’oeuvres and beverages, giveaways, a silent auction, networking opportunities and more, the She Rocks Awards brings together industry professionals, music icons, artists, fans and media for a one-of-a-kind event that celebrates women in music. Yes, men are always welcome too!
Posted by Get the Funk Out! at 10:50 AM