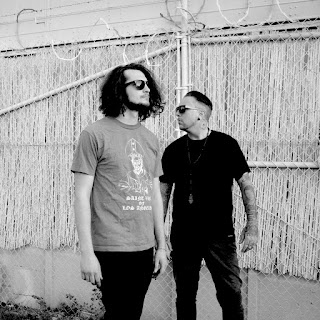 LISTEN TO “Call To Action”

Learn more about the band here!

Colt.22's Debut Album 'Freedom/Freewill' is an exploration of the blues, rock, and electronic music; out August 4th via Elite Frequency Group


(Los Angeles, CA) – Los Angeles indie-rock band Colt.22 has released their first lead single accompanied with a music video off their debut album Freedom/Freewill. Premiering onGhettoblaster Magazine, the video for the song “Call To Action” follows Los Angeles parkour stunt group Substance Over Hype, showcasing car-chasing, gun fighting, and martial arts through the streets of LA. This video is a tribute to cult classic movies Kill Bill and Sin City. Colt.22 is best known for placing a major sync with Showtime for the promo of the hit series “Billions” with their song “Find Your Pride”. Freedom/Freewill will be released in August on indie label Elite Frequency Group with distribution by The Orchard.

Colt.22 is a collaboration between two experienced music producers and writers, John “Fingazz” Stary and Travis Pavur. Fingazz, a platinum award certified hip-hop producer, is best known around the globe as one of the few masters of the "talkbox," which has been featured on records by Snoop Dogg, Mike Posner, Far East Movement, Flo Rida, Tyga, Bryson Tiller, Just Blaze, and many more. His sound can be described as "Future Funk" and his song “Winning” won on So You Think You Can Dance. In contrast, the New Orleans-born Pavur is a rocker through and through. He has recorded and produced countless up and coming rock acts from his own Los Angeles studio, Golden Beat Recording. Currently he is an engineer at the historic Valentine Recording Studios as well, working with acts like Lana Del Rey and Eagles of Death Metal.

Colt .22’s mission is to draw directly upon influences from the past, fusing them with the sound of now. The power of the music is a reaction, like the recoil of a gun exploding with solid guitar riffs and driving beats. The gritty and emotional vocals of Stary, fire out lyrical content like bullets of self-awareness and knowledge. Their intent is to use heavy anthemic chants and layer it with harmonies that complement the power of the music.