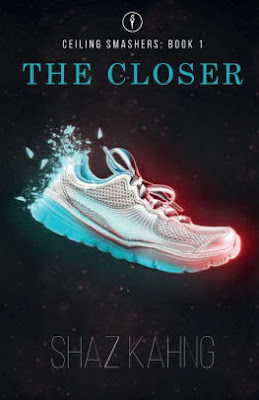 LISTEN to Shaz on today's show! 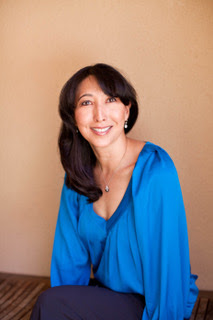 Sometimes the best man for a job is a strong woman. In the first book in her Ceiling Smasher series focusing on positive powerful female leaders, senior executive Shaz Kahng fictionalizes her decades of top business experience to create a thrilling story of the first female CEO in the sports industry. Kahng’s vast experience working in male-dominated boardrooms enables her to provide a behind the scenes look at what it’s like to work in the sports sector as a woman and what it takes to shatter the glass ceiling.

ABOUT SHAZ
Shaz Kahng is a visionary leader and inventive thinker adept at turning around and scaling businesses in the retail, sports/active apparel, and footwear industries. From Global Women’s Director at Nike, to CEO/President of Lucy Activewear, she has led teams to achieve success in very male-dominated industries. She has previously worked as a research scientist, a global consulting partner, a builder of e-businesses, and a brand strategist. She graduated from Cornell University and has an MBA from the Wharton School. Shaz currently works as a global startup mentor and advisor to PE and VC firms. She lives in San Francisco with her husband and twin daughters.

THE CLOSER
In The Closer, we meet Vivien Lee who has spent her entire consulting career helping CEOs look good. When she finally has the chance to go after her dream of running a business, she grabs it. A lifelong athlete, Vivien arrives at the Smart Sports campus in Portland, Oregon and is introduced as the first female president over the women’s apparel business. It’s one of the highest-profile jobs in an industry inhospitable to women. Principled but slightly naïve, Vivien believes her male peers will give her a fair shot.

Vivien stumbles early on, making a series of rookie mistakes. With guidance from the Ceiling Smashers, a secret society of successful professional women, Vivien learns to navigate the treacherous business terrain. A tight-knit group of male sports executives is determined to show that an industry outsider cannot prevail. The challenge is all too clear: will Vivien triumph in the sports industry against impossible odds? The Closer is a fresh, riveting tale about a strong woman endeavoring to succeed with smarts, scruples, and style.

Fans of Sheryl Sandberg’s Lean In will love this book for its strong, talented, and likeable female characters and the supportive environment they foster through their secret society, the Ceiling Smashers. The Closer sends a message of hope and positivity to all workingwomen out there striving to achieve more.

· Her successes in fast company turnarounds—both at Nike and Lucy, Ms. Kahng lead her teams toward profitability in a fraction of the time requested of her

· The Super Powers of Ceiling Smashers—what qualities do these women embody?

· Her writing process, from concept to manuscript in just 10 months

· Real life anecdotes from her career and the adversity she had overcome to achieve her goals
Posted by Get the Funk Out! at 7:18 PM