9/3/18 TODAY's post show conversation with Judge Marylin E.Atkins was incredible and gave me goosebumps! Marylin shared her backstory and details about her upcoming book, "The Triumph of Rosemary." LISTEN BELOW! 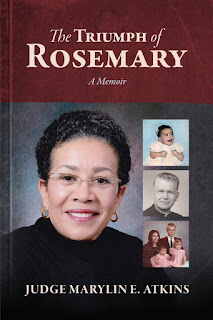 Judge Marylin Atkins is releasing a new memoir on Oct. 9 that takes readers on a behind-the-scenes tour of her life, defying convention, racism and smashing glass ceilings. She's a stunning woman who conquered adversity throughout her life and embraced her family's legacy of colorblind love in an often unwelcoming world.

To give you a little more background -- When Marylin was a baby, she was adopted by a black couple in Saginaw, Michigan. Her adoptive mother was abusive, but this fueled her ambition to achieve great things on her own. At age 19, she sparked a racial and religious scandal by marrying former Roman Catholic priest, who was white and 25 years older. Poor in finances but rich in love, she gave birth to two biracial daughters. All the while, family rifts in the wake of their interracial union fostered harmony and healing. The book also follows Marylin on her journey to serve as an illustrious and highly respected judge, which included 12 years as chief judge of Detroit's 36th District Court.

"The Triumph of Rosemary" is brimming with vivid dialogue and raw revelations. Many of the issues Marylin faced coming of age in the turbulent '60s are still very much relevant and alive today -- abuse, racial discrimination, women's rights, etc. 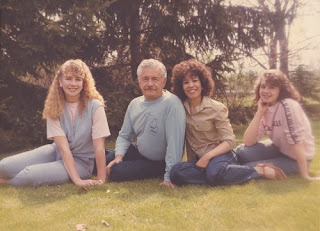 AN EXCERPT FROM TWO SISTERS WRITING.COM

"That's our family in 1986 in our backyard in Okemos, Michigan. Our father, Thomas Lee Atkins, was a Roman Catholic priest for 15 years. Our mother, Marylin Atkins, was the organist at his parish. She's also black and 25 years younger than him! They married pre-Loving v. Virginia. After she retired from her position as Chief Judge of Detroit's 36th District Court, she wrote her memoir, The Triumph of Rosemary, chronicling her life from her adoption till now, including what she and our father went through when he left the priesthood and they married and had us! Check it out here. Our father kept a journal his whole life, so we are a family of writers. Although he died in 1990, we keep him alive in our conversations and memories of him. Besides, he's always with us in spirit. We know that without a doubt!"