September 17 at 9:15am - photographer, writer, and producer Adrien Finkel joined host Janeane on KUCI 88.9fm to talk about My Naked Truth Project. 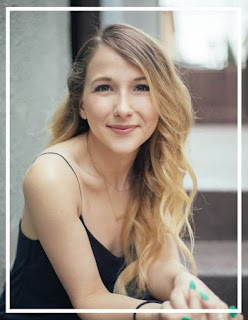 Adrien Finkel is a photographer, writer, and producer based in Los Angeles, California. When not producing television, Adrien devotes her time to My Naked Truth Project, a visual catalog of quotes, personal confessions, and advice shared with her by friends and strangers. She has a degree in dramatic performance and a French cooking certification. Discover more at mynakedtruthproject.com and follow My Naked Truth Project on Facebook and Instagram. 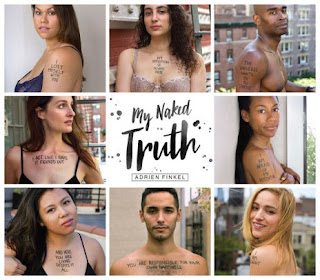 In 2012, photographer and Hollywood executive Adrien Finkel turned her love of insightful quotes into a quest for hope and meaning. Armed with nothing but a camera and a black ink marker, she began asking friends, family, and co-workers to reveal what words moved and shaped them. The response she received was unexpected—timeless quotes were shared, personal confessions and advice flooded in, and total strangers wanted to get involved. My Naked Truth Project, a photoblog celebrating self-expression and emotional healing, soon became a safe space for people to bare all—mind, body, and soul. The experience transformed Finkel’s outlook on life. Now, in her debut book, she continues to ask the world: What’s your truth?
Posted by Get the Funk Out! at 12:56 PM