10/15 9:45am pst - Actor Robert Mangiardi joined Janeane on KUCI 88.9fm to talk about his role in Damaged Furniture - The Dysfunctional Family Heading to NYC! 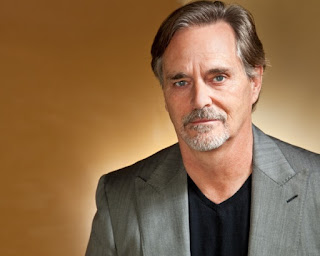 About Robert Mangiardi
Robert Mangiardi is a New York actor who came from a family of 9 children. His father was a prominent NY heart surgeon and, although many of his siblings pursued the medical field, Robert did not. His first acting venture was in a high school play The Apple Tree, a musical where he played Adam and he admits he did it to meet the leading lady Janet Murphy who later went on to become Vice President of casting for ABC TV in New York. The play was directed by Peter Strain who went on to become a prominent talent agency on both coasts.

He did not attempt to act again until he came to Los Angeles in his mid-thirties and attended an acting class by famed Hollywood director Daniel Mann. Daniel could be brutal was his comments to his actors but the very first scene Robert put up was greeted by such a complimentary response that the actor cried on the spot-he had finally found his calling. His very first role was a recalling role on the famed CBS series Wiseguy which starred the late Ray Sharkey and Ken Whal. The show was a precursor for the likes of The Sopranos and was hailed by critics as one of the "Top 100 TV Shows Ever'. Guest star roles on shows such as Murder She Wrote, Midnight Caller and Jake and the Fat Man, to name a few quickly followed.

At that time he shared an apartment in LA with Canadian actor Bernie Coulson and Brad Pitt was a frequent guest as he and Bernie were best friends. Robert abruptly quit acting and left for New York wherein he recorded a jazz CD Deep in the Black which featured Robert's vocals over standards and original compositions. He then, with fellow actor Ric Rogers , made the acclaimed documentary film Stay Away a Little Closer which was about the troubled life of mentor and best friend,the acclaimed playwright John Ford Noonan.

The film won best Bio Doc at the NY International Film Festival in 2006 and has been in festivals around the country. Robert revisited acting in 2006 in the acclaimed film Death of a President which won the Grand Prize at the Toronto Film Festival in 2006 in which Robert starred in an ensemble cast. It was at that time he decided he wanted back into acting and came back to LA in 2009. Last year he starred in the play Hellz Kitchen Abaze, which ran for nine months at the Pan Andreas and Elephant Theatre respectively and won critics pick in virtually every publication in town. Robert's work as the frayed NYPD detective Gino Spucinelli garnered considerable praise from the press and his peers alike.

Then Robert starred along with Michael Pare and Frank D'Angelo in Real Gangsters and since has been on Criminal Minds along with other film and TV projects.This fall he is pleased to bring back his role of "Pug" in the play "The Birches." at the Lounge Theater in Hollywood written by cast member Patty Gliniewicz. Robert is also an accomplished guitar player and singer-songwriter.
Posted by Get the Funk Out! at 2:15 PM