10/29/18 - Post show conversation with the fabulous June Millington of the band Fanny Walked the Earth! 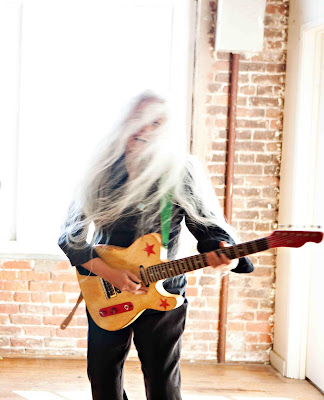 June Millington has been making music since she was a child playing ukulele in her native Philippines. Having moved from Manila to California in the early sixties, she and her sister, bassist Jean, turned in their folk guitars for electric and formed a succession of all-girl bands. By ‘69 they were in Hollywood with their band Fanny, which was the first all women’s rock band to be signed to a major label that released an entire album (Reprise/Warner Brothers). Through five successful albums and extensive touring of Europe and North America, Fanny served notice that women could do more than simply sing, they could write and play passionate rock ‘n roll. As David Bowie said of the group in an interview with Rolling Stone:


“They were one of the finest fucking rock bands of their time ... They were extraordinary: They wrote everything, they played like motherfuckers ... They are as important as anyone else who’s ever been, ever ...” (RS, January 2000) 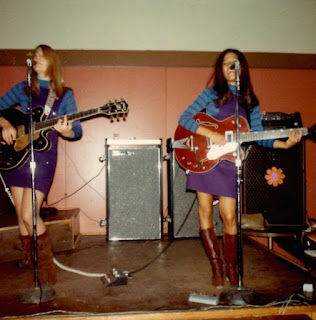 June with Addie, who was in the Svelts and Wild Honey
(which is the band that signed with Reprise) - rockin' it!
That was definitely the Svelts,
I'd bet '67. courtesy the IMA Living Archives

June left Fanny in 1973 and continued to record and perform with Jean (Ladies on the Stage, Ticket to Wonderful, Melting Pot, Play Like a Girl) as well as releasing solo albums Heartsong, Running, and One World, One Heart. In 1976 she toured with Cris Williamson on her first groundbreaking national tour backing the explosive Changer and the Changed. She produced Cris' follow up, Strange Paradise, and continued with other artists including Holly Near (Fire in the Rain), Mary Watkins (Something Moving), Melanie DeMore (Share My Song), and Bitch and Animal (Sour Juice and Rhyme). She is the co-founder and Artistic Director of the Institute for the Musical Arts [IMA], a non-profit organization for women and girls which hosts Rock ‘n Roll Girls Camps each summer. The Institute for the Musical Arts is an internationally known teaching, performing and recording facility supporting women in music and music-related business. 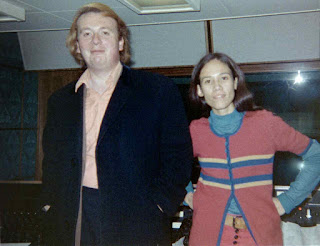 June with Geoff Emerick, the Beatles engineer, at Apple Studio
(where we recorded Fanny Hill).
He recently - and unexpectedly - passed away. courtesy the IMA Living Archives


June released her autobiography “Land of a Thousand Bridges: Island Girl in a Rock ‘n Roll World” in June of 2015 and has received a great deal of resulting press including articles in Pitchfork, MS Magazine, and Newsweek as well as on NPR. Millington continues to perform, write and record and teaches at IMA as well as colleges and universities around North America.


June and Jean continued to record and perform throughout the 80’s and 90’s – with Jean taking time off to raise her two children and June, together with her partner Ann Hackler, founding the Institute for the Musical Arts (IMA). The Institute is a teaching, performing and recording facility dedicated to supporting women and girls in music and music–related business. Millington is the Artistic Director of IMA, which, as part of its mission, runs summer rock PROGRAMS

for girls and young women. June and Jean’s latest CD, Play Like a Girl is for the girls. 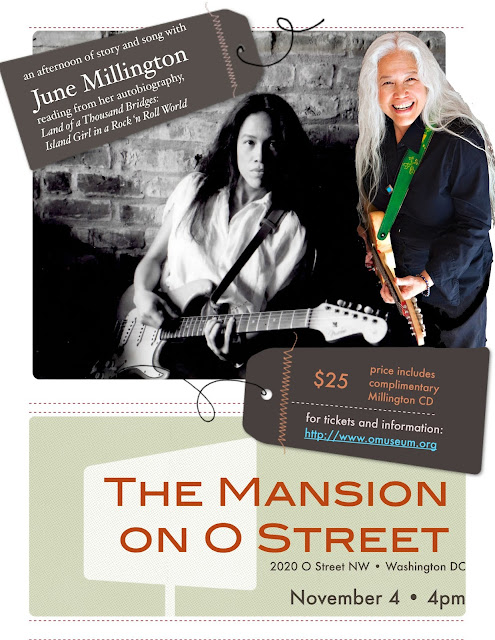 
http://www.junemillington.com
Posted by Get the Funk Out! at 8:30 PM