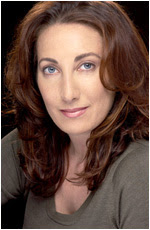 For over a decade Leslie La Page has Produced, Directed and Line Produced/UPM for Film, TV, Music Videos, Commercials and Theatrical productions nationally and internationally in both the independent and commercial markets. She has worked for such companies as Black Entertainment Television Action Pay Per View (BET) HBO, Lifetime TV, MTV, Paramount and Nickelodeon just to name a few.

While at BET she line produced their entire slate of original programming which aired on their network and additional achieved international and domestic video releases. Her production experience also involves her in the areas of marketing, developing scripts, creating promotional copy as well as promotional feature spots and trailers.

In 2003, Leslie and her Partner Saul Stein, Co-Executive Producer of “The Holy Land”, formed BooYah! Films and have released through Cavu Pictures the critically acclaimed film “The Holy Land”, which opened domestically at the Angelica Theatre in New York City before rolling out to 45 cities across the nation. She still has her production company Infinity Films which is involved in feature film, music video, and commercial productions.

Ms. La Page also, consults independent filmmakers for feature films, script analysis, budgets, independent marketing, and film festivals and taught at the New York Film Academy and has taught as an adjunct professor nationally at universities. She was a Slamdance Film Festival Programmer for over five years and was the creator and Executive Producer for the Slamdance Filmmaker’s Bootcamp.

Ms. LaPage was the Director of Programming for the New Orleans Media Experience Film Festival (NOME 2003) occurring in Louisiana which platformed over 100 films. 50% of the films platformed at NOME went on to have theatrical distribution: Show Boy, Nursie, Hungry Hearts, Dog Walker and Flavors just to name a few.

Ms. LaPage launched in 2005 the LA FEMME International Film Festival which still operated today as one of the most prestigious women’s film festivals in Los Angeles. The focus of the film festival is to empower women in entertainment and to platform women artists with commercially viable productions. Ms. LaPage has been a forerunner in the empowerment of independent artists. Ms LaPage explored new technologies as the V.P. of Production for Fun Little Movies channel on the Sprint mobile network. She directed and produced the channel’s first animated series, “Spacey Movie, The Series”.

Ms. LaPage launched a “Christian Faith Based Network” for a philanthropic Christian organization. She held the title of Supervising Producer for all Original Programming in Production and Post Production for their scripted and non-scripted content.

Ms. La Page holds a Bachelor of Arts in Theatre and a Master of Fine Arts in Film Directing from the California Institute of the Arts. She currently teaches as an Adjunct teacher at Columbia College Hollywood. Ms. LaPage is currently in development with Television shows for the major networks and writing a novel series.