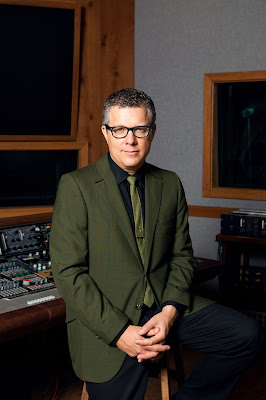 Tony Guerrero is an award-winning musician, composer and producer. He has released multiple solo albums which have received widespread radio airplay and Top 10/20 chart success, toured the world as a solo artist and has earned an international following and widespread critical acclaim.

His work as a songwriter and producer has been heard on radio, television and movies and has covered multiple music genres. Tony has recently been touring the country as Music Director for Emmy Award-winning actress Jane Lynch’s (Glee) cabaret show, “See Jane Sing” and has just composed and produced a new Christmas single for Hollywood legend Dick Van Dyke.

In 2017, Tony performed on the Grammys, recorded with Paul McCartney and had a Billboard Top 10 single in the Adult Contemporary market.

Learn more at TonyGuerrero.com.
Posted by Get the Funk Out! at 2:42 PM