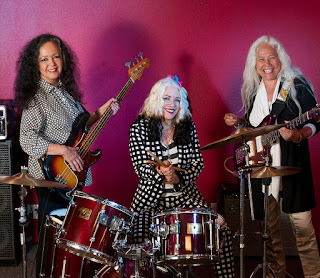 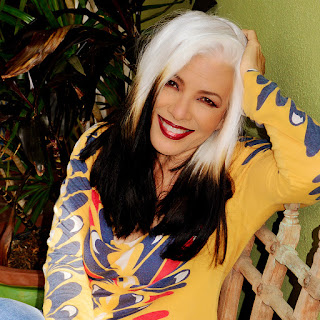 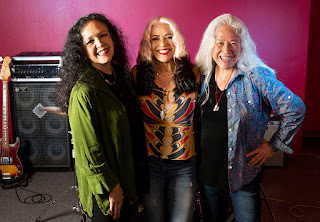 ‘Nightline’ with Glen Ballard/Davey Faragher- recorded for Thriller by Michael Jackson. (In the vaults, waiting to be released)

Recently, the t.v. show “True Blood” episode titled after “If you Love Me (Why am I Dying?)”


We are: Fanny Walked The Earth

Fanny Walked The Earth is the most recent incarnation of Fanny, an amalgam of several early all girl bands in the mid to late 1960’s: The Svelts, the California Girls and the Freudian Slips from northern California, and later, the Women, from Iowa.

The new, 13 song, self titled record is a combination of songs written by us, both individually and together. The songs and the recording speaks of our pioneering musical history covering uncharted territory, the bond of being part of the small rambling female tribe, starting a long climb up a tall ladder. Of girls turning into women, living life, playing music, surviving, persisting and women coming together in support of each other, paying it forward …and continuing the climb.

On board with us on our new record, are members of other girl groups from 1964 to current times. We are honored to be joined by ‘all girl band’ members of Goldie and The Gingerbreads, The Pleasure Seekers, Birtha, The Runaways, The Go Gos, The Bangles, Fanny, American Girls…and then some. These women musician/singers, spanning 50 years, some very familiar, some hardly recognized, are all part of our history as we are part of theirs.

The record Fanny Walked The Earth is set for release on Blue Elan records in early 2018.

In Sacramento, At 16 and 17 years old, Jean and June met Brie, 16, (from the small neighboring town of Folsom) in search of a replacement drummer for their all girl band, the Svelts. It didn’t seem likely that they would find another girl drummer. There weren’t many girl musicians or girl bands in 1966.

All 3 girls were of the same heritage with Filipina mothers and European fathers. At the time, none of them realized how special this teaming up would be.

Led by June, the band(s) broke up, and reformed a few times. Playing gigs until she was 6 months pregnant, Brie left the band in 1968, giving birth to her daughter at 18. The band, then a foursome, with Alice DeBuhr on drums, made their way to Los Angeles in 1969 working their way to signing as the first all girl band to record a full LP on a major label. For a short time in Los Angeles, baby in tow, Brie rejoined the band as lead singer. Management decided to pursue a female fab 4 image, Brie left the band. All remained friends and housemates.

Nicky Barclay joined on keyboards & vocals, and the band was renamed Fanny. From 1969 to 1974, after making 4 albums and touring the world, June and Alice left the band.

Brie rejoined Jean and Nicky with Patti Quatro on guitar & vocals, to record the last Fanny Album in 1974. After touring the U.S. to support the record, Brie left the band.

June, Jean and Brie, with keyboardist/singer from the Svelts days, Wendy Haas united to form Fanny All Stars. This incarnation, and one more in the 1980’s was short lived and did not record.

One of the most important bands in America rock has been buried without a trace. And that is Fanny.


They were one of the finest…rock bands of their time, in about 1973. They were extraordinary: They wrote everything, they played like motherfuckers, they were just colossal and wonderful. They’re as important as anybody else who’s ever been, ever; it just wasn’t their time. Revivify Fanny. And I will feel that my work is done. — David Bowie

In 1978 Jean married guitarist Earl Slick, who she met thru her friend David Bowie. She continued to record and perform with June, mostly focusing on raising Slick’s and her 2 children. Jean sang background vocals on David Bowie’s record “Fame”. She was ‘the glue’ having never left the group(s) and remained part of every incarnation of the band. The song “Butter Boy”, a top 40 hit in 1974 was written and sung by Jean.

June continued to record as a solo artist and with her sister Jean, producing albums over the next few years. Deeply committed to the growing women’s movement, she also toured with and produced albums for women recording artists. With her partner, Ann Hackler, June co-founded the Institute for Musical Arts in 1987, a non profit school, guiding girls and young women as the future generations of women musicians. 2015 saw the publication of her autobiography Land of a Thousand Bridges. She is currently writing the sequel to her book.

Jean, June and Brie continued their separate lives and careers, staying in touch, but not playing together again for over 30 years.

Fast forward to 2016: June reached out to Brie, asking if she would like to join her and Jean to perform a short Fanny set as part of a Tribute that was being paid to her for her achievements and contributions as a pioneering female musician, teacher & author.

This joining was a reawakening of how good it felt and sounded to play together… it was automatic.

Brie posted a short (18 second) video clip of the ‘live’ tribute performance of Hey Bulldog on Facebook. The clip was seen by Kirk Pashich, president of Blue Elan Records. Brie’s husband Dave Darling, who had produced several artists for Blue Elan Records, presented the concept of making a new record to Kirk.

Signing the record deal, with the moniker of Fanny Walked The Earth, Jean, Brie and June reunited over the course of one year to write and record 13 original songs.