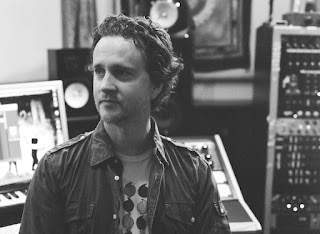 Greg Wells, producer of The Greatest Showman original soundtrack joins Janeane 2/19/18. Wells is a multiple Grammy-nominated record producer, songwriter, musician, and mixer based in Los Angeles.
Shout out to Universal Audio for introducing me to Greg and their recording gear and plugins were Greg's go-to tools when he was working on the soundtrack. Thank you so much!

Universal Audio works with A-list producers and engineers who use and consider UAD plugins and UA gear vital for their productions. One of the most interesting projects so far in 2018 is the global success of The Greatest Showman: Original Motion Picture Soundtrack, produced by Greg Wells with Justin Paul and Benj Pasek.

The musical The Greatest Showman, starring Hugh Jackman, is one of the largest word-of-mouth hit in Hollywood history. The family-friendly original musical about P.T. Barnum has made $113 million in the first five weekends and it rose to the top of the charts shortly after its December 2017 release.

ABOUT GREG WELLS
Greg Wells is a multiple Grammy-nominated record producer, songwriter, musician, and mixer based in Los Angeles. Few producers in music can rival the pedigree and resume of Greg Wells. His credits include Adele, Twenty One Pilots, Katy Perry, Pharrell Williams, The All-American Rejects, Timbaland, OneRepublic, MIKA, Deftones, and Keith Urban among others. Most recently, Greg produced and mixed The Greatest Showman; Original Motion Picture Soundtrack, holding the #1 spot on the Billboard Top Albums chart for three consecutive weeks and Certified Gold in under 2 months. As a fluent guitarist, bassist, drummer, and keyboard player, Greg has mastered the balance between being hands-on and drawing out an artist’s own sound regardless of genre. For Wells, the goal is to shine the best light on the artist and help them be as true to themselves as possible. It is this diversity, versatility, and musical fluency that continues to make him one of the most talented and sought-after producers, songwriters, and musicians in the industry.


"This Is Me" won Best Original Song at the Golden Globe Awards.