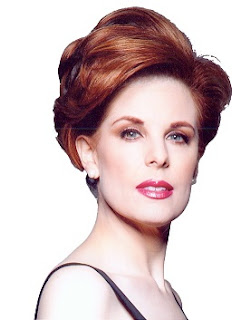 Katharine "Kat" Kramer founded "Kat Kramer's Films That Change The World" to showcase motion pictures that raise awareness of important social issues. In doing so, she is following in the footsteps of her late father, the Legendary producer/director Stanley Kramer, who was known for taking artistic and financial chances by making movies about controversial subjects.

Recently, Miss Kramer presented her 8th installment, a special open caption screening of Paul Weitz's "Grandma" starring Lily Tomlin where she moderated the ASL interpreted panel. Before that she presented the 7th installment screening of docudrama "BHOPAL:A Prayer For Rain" Hosted by Martin Sheen and Mischa Barton, and Kat established the prestigious "Hunt For Humanity" Award in honor of Activist Marsha Hunt. Other films in her cinema series include the 5th Anniversary installment presentation of FALLOUT and "Elephants And Man: A Litany Of Tragedy" about the suffering of elephants in captivity, both hosted by Lily Tomlin. Ms. Kramer premiered the powerful new documentary" Teach Your Children Well" about LGBT bullying in schools, narrated by Ms. Tomlin. Previous selections include, "The Decent One" , the controversial documentary about Heinrich Himmler, the Academy Award winning documentary feature "The Cove," which exposed the slaughter of dolphins in Japan, and Barbra Streisand's "Yentl" ,which focused attention on women's equality, and was used as a springboard for a discussion about the widespread sexual abuse in the Congo.


As an actress, Kat Kramer has appeared on stage and screen. She has starred in two popular one-woman-shows, "The Colors Of Myself" and "Kriss Krossing" and won awards for her roles as Helen Keller in "The Miracle Worker" and Anne Frank in "The Diary Of Anne Frank" and starred as Lisa in "David And Lisa," Estella in "Great Expectations, Joan Of Arc in "The Lark" and appeared in the ensemble "The Vagina Monologues."


She has appeared in such films as "Going Shopping," "Hollywood Dreams," "What Just Happened?", "Little Fockers" and she currently Co-Stars in Seasons 3 and 4 of the popular webseries "CHILD OF THE 70's." Kat has performed special musical Tributes twice for the Legendary Lily Tomlin. Ms. Kramer served on the dias and opened the program at the Pacific Pioneers Broadcaster's Awards, and received a standing ovation with a special salute to her idol with the original parody "Dear Lily Tomlin." Ms. Kramer recently sang a heartfelt rendition of "Bless The Beasts And Children" from her father's landmark film "Bless The Beasts And Children" when Tomlin was honored with the Hope Award from the PETCO Foundation. Ms. Kramer headlined for both PAWS/LA and "All For Love" Animal Rescue.


Kramer made her Avalon Hollywood debut with LE PETIT CIRQUE for CIRCUS PAWS in front of a star-studded audience that included Lily Tomlin, Susan Sarandon, Lainie Kazan and Stewart Copeland. She performed a stand-up routine at Hard Rock Hollywood to benefit "Comedy For Caleb" and she has been a presenter for the LA Comedy Awards twice. She was a celebrity judge for the LA Music Awards. Kramer was most recently named Entertainer Of The Year by the LA Comedy Awards.


Kat previously received the "Compassion Award" from the Braveheart Women, and Sold-Out two "Meet The Biz" workshops titled "An Evening With Katharine Kramer." She is set to launch "An Evening With A Trailblazer" and is in production on a short film and reality show. Ms. Kramer has headlined at Awards shows and Galas for such luminaries as Shirley MacLaine, Robert De Niro and Joe Pesci. Kat has recorded an album of Mick Jagger solo covers titled "Gemstone," and is set to launch her new one-woman-show called "My Duet With Mick."

Janeane and Kat will be talking about:


2.Taking it off the lot at Sunset-Gower/Sunset-Bronson and Canon Facility to present the 9th installment of cinema series.First time at UCLA


3. Giving new films and filmmakers a chance to get their socially-conscious films there.Outreach to students and student filmmakers.Exploring current social issues through film.


4. Projects such as "Child Of The 70's" and solo show "My Duet With Mick" and many other up-coming projects


A former Miss Golden Globe, Kat proudly serves on the Advisory Board of the prestigious LA Press Club. Ms. Kramer, who is the Godchild/Namesake of screen icon Katharine Hepburn, is the West Coast representative of the Katharine Hepburn Cultural Arts Center. She resides in Los Angeles.
Posted by Get the Funk Out! at 11:30 AM