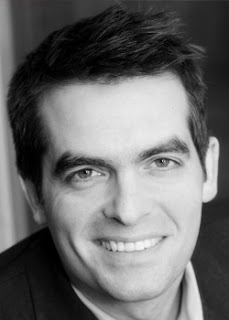 If you missed Ulrich Boser on today's show, listen here!

I’m a senior fellow at the Center for American Progress and write and research education issues. I just finished a book on the new science of learning titled Learn Better: Mastering the Skills for Success in Life, Business, and School, or, How to Become an Expert in Just About Anything. I’m also the founding director of the Center’s science of learning initiative.

My research and writing have been featured everywhere from “The Tonight Show with Jay Leno” to the front page of USA Today. My work on school spending made headlines around the country and helped inspire initiatives to improve the effectiveness of education dollars. I have also developed legislation, advised political campaigns, and served as managing director of the Center’s education team.

Before the Center, I worked as a contributing editor for U.S. News & World Report. I am also the author of The Leap: The Science of Trust and Why It Matters, which Forbes called “recommended reading” and Talking Points Memo described as “both comprehensive and engaging.” I also wrote The Gardner Heist: The True Story of the World’s Largest Art Theft, which became a national best-seller. USA Today called The Gardner Heist “a public service,” while The Wall Street Journal described the book as “captivating.”

My articles have appeared in a variety of publications, including The New York Times, The Wall Street Journal, The Washington Post, Slate, Smithsonian, Newsweek, US News and World Report, and Wired. I have also been an Arthur F. Burns Fellow, an adviser to the Bill and Melinda Gates Foundation, and have been featured on CNN, National Public Radio, and NBC’s Nightly News.

My career has also included stints as a reporter, editor, and English teacher. I graduated from Dartmouth College with honors.

NPR published a quiz based on my new book Learn Better. Follow the link to check it out and let me know what you think in the comments!
Note that I give speeches and serve as a consultant for a variety of organizations.
Email me at ulrich @ulrichboser.com or follow me on Twitter at @ulrichboser