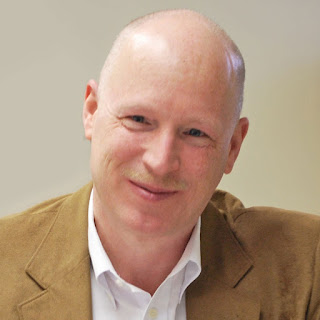 ABOUT RONALD CARTER - PRESIDENT AND CEO

Ron is responsible for overseeing all operations of Children Incorporated, with a specific goal of honoring the original vision and mission of the charitable organization as created by Jeanne Clarke Wood in 1964. 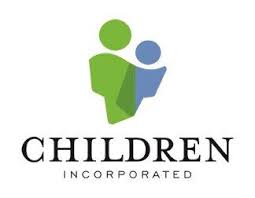 THE HISTORY OF CHILDREN INCORPORATED


Founded in 1964, Children Incorporated is an international nonprofit organization that assists impoverished children in the United States and abroad. Partnering with already-established schools, orphanages, and childcare centers, we facilitate child sponsorships, manage special programs, and maintain special funds for emergency needs that arise for the children we serve.

After personally witnessing the deprivation of children in Guatemala, founder, Jeanne Clarke Wood, established Children Incorporated out of her home in Richmond, Virginia. Mrs. Wood began writing letters and seeking assistance for the 95 children she met on her travels. This became the first Children Incorporated project.

Thanks to past and current supporters around the globe, they now have over 300 projects in 23 countries which serve over 20,000 children annually. To date, over 250,000 children have been provided opportunities for growth and education, and have experienced the support and encouragement our programs provide.

Since it was founded by Jeanne Clarke Wood in 1964, Children Incorporated has engaged in direct sponsorship of specific children. After witnessing poverty on a trip to Guatemala, Wood began writing letters to friends and colleagues asking for donations that would specifically match them with one of the 95 children she met on her travels. Since then, all of the organization’s work has revolved around connecting donors to individual children. As the organization reaches these children all around the world, they also find ways to engage in other local projects and relief efforts that help improve the children’s lives from the outside as well.


Direct sponsorship is behind one of Children Incorporated’s current high-profile projects, inspired by the 20th anniversary of the self-help best-seller Don’t Sweat the Small Stuff by Richard Carlson. The book proved a boom for Children Incorporated in 1997 when Carlson wrote about giving to charity, “There are many find agencies to choose from, but my personal favorite is Children Incorporated…the experience has brought tremendous joy and satisfaction to my family.” “Dr. Carlson’s mention was one of the most meaningful things to ever happen to our organization,” says Callahan. “Thousands of impoverished children were helped as a result.” Now, Carlson’s widow Kristine is continuing that legacy, partnering with Children Incorporated to generate 2000 new sponsorships, with the Richard Carlson Memorial Foundation pledging $5000 in matching donations.


For Callahan, working on behalf of Children Incorporated involves travel to points near (Appalachia, the inner city, and the reservation) and far (the rainforests of Bolivia and Southeast Asia). Callahan not only manages the organization’s communications, but is the social correspondent for the web series “On the Road,” where she is able to highlight individual and community success stories and bring evidence of the effectiveness of donor support into the digital spotlight.


Her job also means celebrating the recent accomplishments of Children Incorporated’s successful community based projects, such as the recent effort to add seven classrooms to a school in Santa Cruz, Bolivia. “It’s easy to see the impact of these projects on the lives of individuals,” explains Callahan, “but we also see how the entire community benefits.” The new classrooms, for example, meant that there could be adult literacy classes offered at night for the first time, and members of the community have pooled their resources to buy AC units for the new buildings. “We can claim that our reach is more than twice as much as the individual children we directly sponsor, because it always includes siblings, family members, neighbors, and others who benefit.”


The same goes for another project in Bolivia, Villa Emelia, a home for women who are transitioning from living on the streets. “It’s a place to stay, with their children, as well as a factory that makes garments and school uniforms to give them new job skills and work towards sustainable living situations.” The Catholic nuns who have partnered with Children Incorporated in the region have also developed a program where they purchase property that the women can pay the mortgage on as they earn. “They had eight plots of land that were ready to go, and we were able to step in with the funding needed to actually build new homes.”


Callahan explains that each new project must be carefully planned and vetted before donors are approached for support. “We always have a general idea about what we can do, but we need to assess everything before we fundraise, and then look to our existing donor base and ask them is this what they would want to support?” Looking towards visits to Sri Lanka and India this summer, Callahan says that recent efforts are geared towards broader environmental issues like clean water solutions, as well as the more traditional efforts of providing shelter, clothing, and basics for sponsored individual children.