Ronald Rael, author of Borderwall as Architecture: A Manifesto for the US-Mexico Boundary, joined Janeane 7/17 on KUCI 88.9fm! 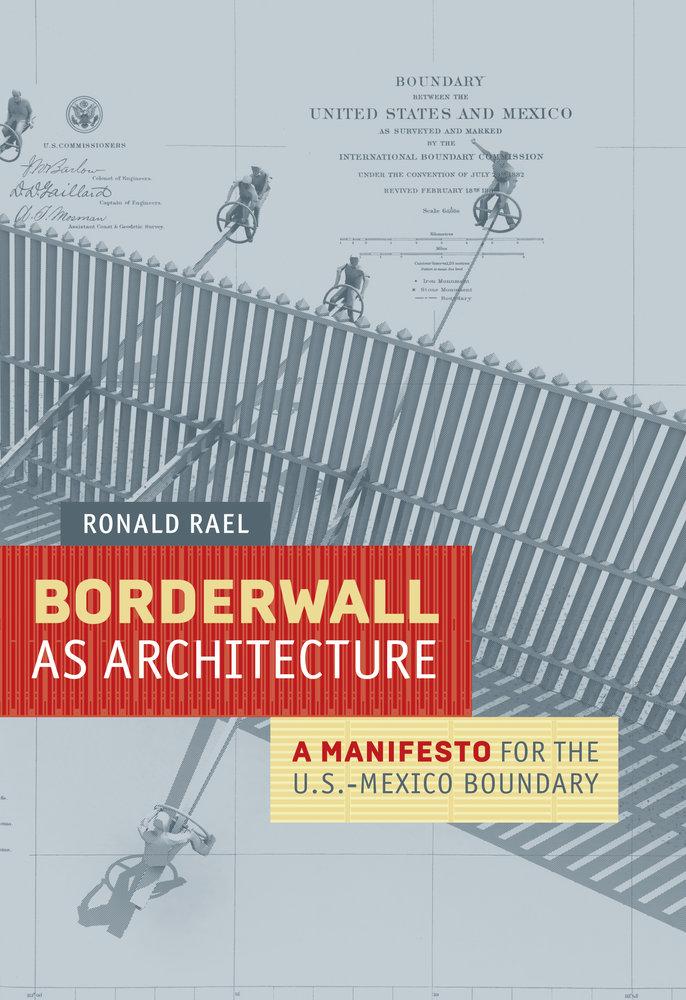 
Borderwall as Architecture is an artistic and intellectual hand grenade of a book, and a timely re-examination of what the physical barrier that divides the United States of America from the United Mexican States is and could be. It is both a protest against the wall and a projection about its future. Through a series of propositions suggesting that the nearly seven hundred miles of wall is an opportunity for economic and social development along the border that encourages its conceptual and physical dismantling, the book takes readers on a journey along a wall that cuts through a “third nation”—the Divided States of America. On the way the transformative effects of the wall on people, animals, and the natural and built landscape are exposed and interrogated through the story of people who, on both sides of the border, transform the wall, challenging its existence in remarkably creative ways. Coupled with these real-life accounts are counterproposals for the wall, created by Rael’s studio, that reimagine, hyperbolize, or question the wall and its construction, cost, performance, and meaning. Rael proposes that despite the intended use of the wall, which is to keep people out and away, the wall is instead an attractor, engaging both sides in a common dialogue.


Included is a collection of reflections on the wall and its consequences by leading experts Michael Dear, Norma Iglesias-Prieto, Marcello Di Cintio, and Teddy Cruz.


Ronald Rael is Associate Professor in the departments of Architecture and Art Practice at the University of California, Berkeley. He is the author of Earth Architecture, a history of building with earth in the modern era that exemplifies new, creative uses of the oldest building material on the planet. The Museum of Modern Art and the Cooper Hewitt Smithsonian Design Museum have recognized his work, and in 2014 his creative practice, Rael San Fratello, was named an Emerging Voice by the Architectural League of New York.